Should You Overlook Scammers With The Argument That Everyone Is Human 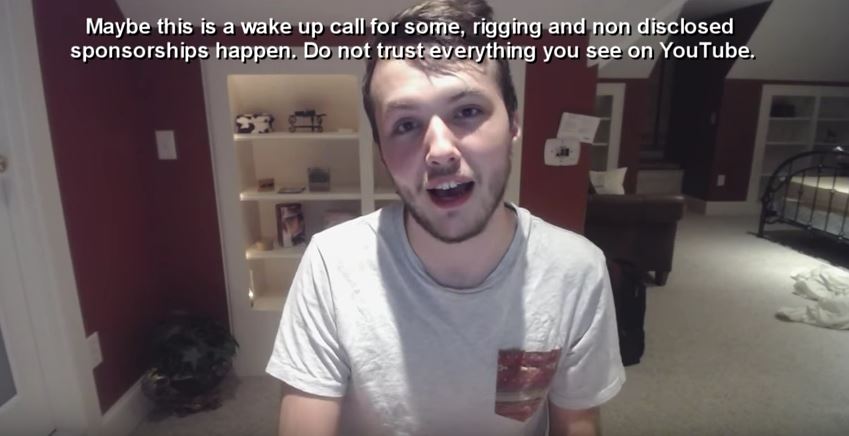 I was watching this video today of something I didn’t really have too much knowledge of. It dealt with a video game called CS:GO where to my knowledge it is a fist person shooting game online. However, there is a function in the game where people can essentially ”gamble” real money to obtain things like weapon designs and this apparently is like a whole industry in itself. As you can imagine it probably gets a lot of teenagers and young adults into spending thousands of dollars.

Watching this video was kind of interesting as one person decided to show a side where apparently there were popular Youtube creators who made videos promoting a site where they also show how much money they won. The twist was that these guys were actually owners of the site where according to the information shown the owners never fully disclosed. You can watch the video here and be warned there is some foul language:

It was interesting seeing the owners try and save face after this. From my point of view personally there just seemed like too many inconsistencies where the story in itself seems very typical when people get “busted” I guess you can say. Everything has to be proven still I guess you can say too.

Seeing stories like these just constantly reminds you how you need to be vigilant whenever people talk about how you can win a lot of money. While it is usually the opposite where if a celebrity or big name person promotes something then that should theoretically give it more credibility, the first thing that comes to my mind is what kind of relationship do they have?

There was also an admittance video from one of the participants today which you can see here:

This brings up an interesting topic about ethics in business I feel as the person’s statement of essentially saying “Hey, I’m human I make mistakes” just doesn’t sit right for me I feel. The reason is because it’s different if the person just outright came out and admitted to it with no outside influence. I feel it’s another if the person comes out because they were in a sense “caught.” Even in the video response it doesn’t feel like the person is too remorseful over what has happened either.

Just from my personal experience when dealing with people like this they just seem to repeat the same actions over and over in different ways as the consequences I feel don’t really give them incentives to change. So the only real way you can protect yourself is to always be vigilant I say. Would you ever forgive and forget people for business decisions like this?