The other day I was talking about how it was interesting how a company was literally giving away 4 litres of spring water if you go to their supermarket as there didn’t seem to be any stipulations such as requiring minimum purchases of any kind. But this offer I received today from Uber Eats seems kind of crazy. As you can see they have been sending targeted advertising to specific people where I was one of them. 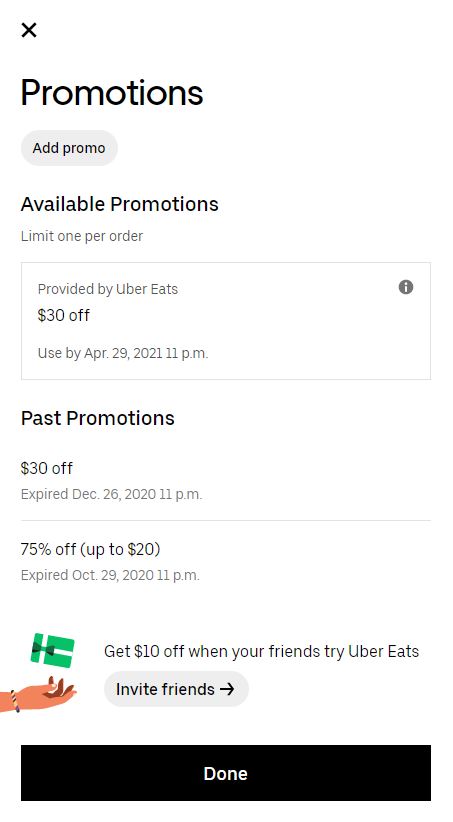 While normally I have seen things like $5 to $10 off coupon to try a food delivery service, Uber appears to be offering $30 for free. Can a company really afford to giveaway that much money? Then again, when you think about it this is targeted advertising and if they instead allocated a budget for this instead of spending thousands or millions to produce a commercial for television ads it could actually be cheaper. 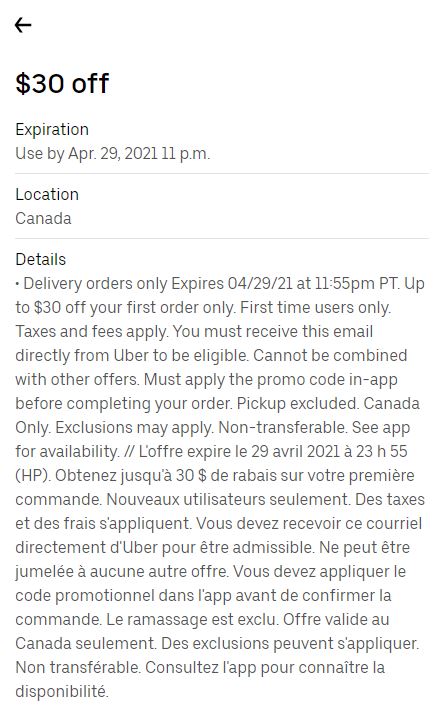 But $30? I would imagine the restaurants would be super happy about this offer. Heck, even I am inclined to take advantage of it to try the service at that rate.