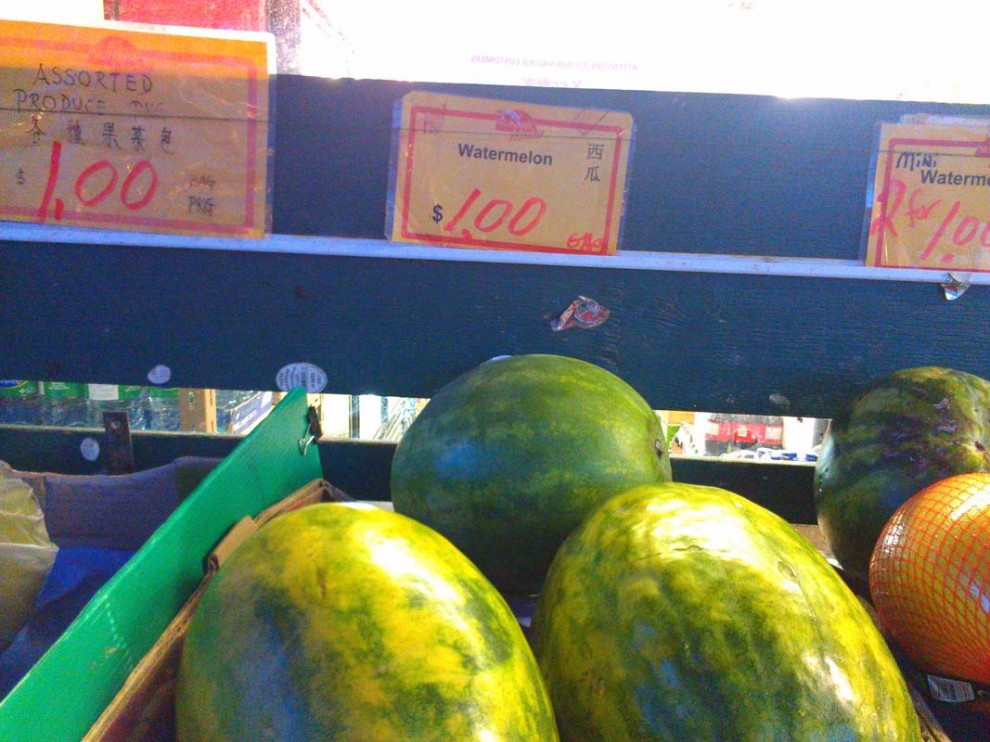 This was kind of interesting as a person was telling me recently that there were watermelon on sale for about $4 for a large one which is a pretty decent price as they would usually go for about $7 or so. You would think she would get that one but instead she bought a mini one that was one-third the size of the large one for about $3.50. Why would you do that since the large one is a better deal?

Her reasoning was that she believed the mini one actually had more watermelon where when it comes to the watermelon’s rind the mini one has very little compared to the large ones. So the assumption is you are paying for a lot of rind that you won’t be eating. I don’t believe that would be accurate overall as the large one should still offer more product.

In these cases too in terms of value it would be different if you were paying for the item by the pound. But in cases where it is a fixed price like this the larger one should be a better value. It makes you wonder how many times we may incorrectly analyze items in these ways that technically makes you buy items with less value.