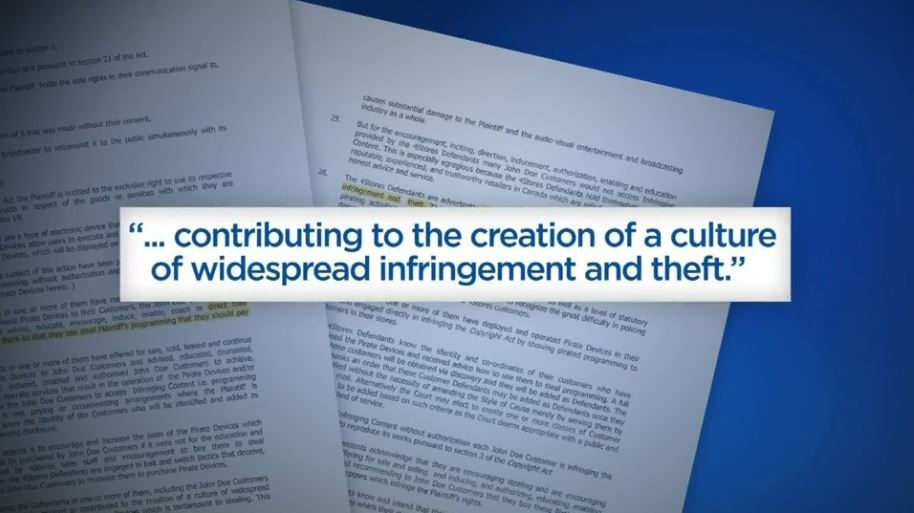 I was reading this interesting news today on how the network Super Channel is apparently suing multiple retailers for selling android TV boxes and educating customers on how to essentially stream movies and TV shows for free using things like the Kodi software. From what I read on the Global News the retailers seem to be Best Buy, London Drugs, Canada Computers and staples. But what was the most fascinating was how another party they are suing was referred to as “John Doe Customers” which is apparently the customers who purchased the product.

That is very interesting as generally speaking these android boxes are just a device that people can use in multiple ways. For example, setting up all your streaming services such as Youtube and Netflix. This is usually meant more for those who don’t want to have to use a traditional computer as an example. As part of their lawsuit they apparently sent undercover people to pretend to be customers who wanted to buy an android box. They videotaped the whole conversations too where employees from these stores allegedly told the person how they can steal shows for free. So because of all this they are apparently suing for damages.

That really makes me wonder how any business would think that type of lawsuit is even fathomable. It would be like buying a computer at a store and then rummaging up conversation with a salesman on how you can listen to free ripped music on various sites. The fact that the computer itself is a generic tool makes it hard to say that it is designed to steal a company’s work as an example.

Trying to go after everyone who has bought one too just seems too strange. Makes you wonder in these cases from a business perspective on whether or not these kinds of lawsuits are designed more to evoke fear. Would that be worth it financially in the end?