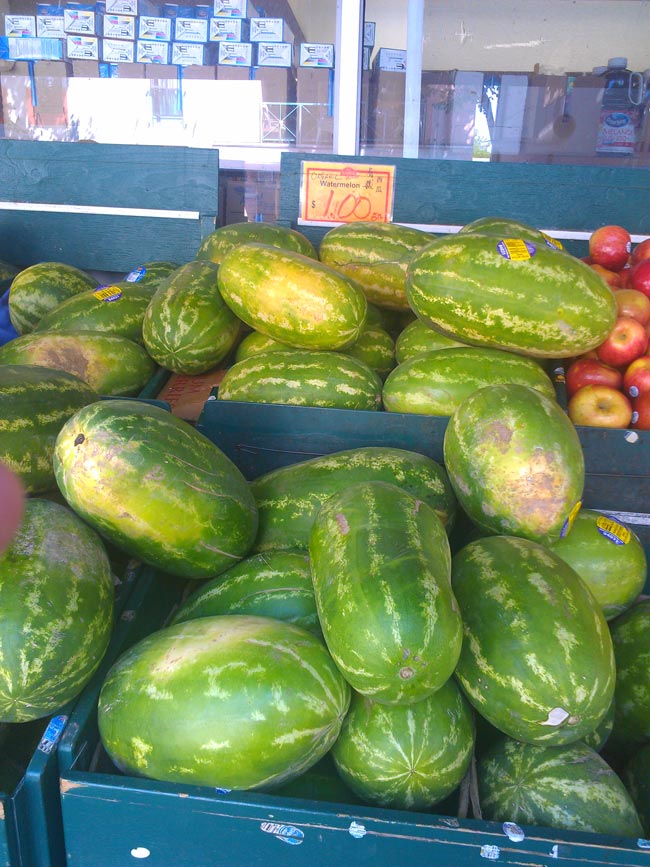 Today while going to the supermarket I was thinking of buying some items for my parents as they were running out of some fresh fruits which they consume a lot during the summer time. Watermelon was my initial thought and as I went at the section there appeared to be a good deal but there were only three left. From my experience too they didn’t look that great as you usually want ones that have this mature yellow mark on it which shows it has had time to ripen and become super sweet. So I went to look at other items.

But then I noticed that a store employee started to wheel that box of watermelon away which meant a new batch was coming out. As that arrived it was kind of funny to see how so many more people were now interested in seeing if there was a good watermelon to buy. I did indeed find a good one in a bunch as well and decided to buy it.

This does happen often I noticed where whenever store employees restock some groceries it seems like people are more inclined to then buy it as if it has just been freshly picked out from the farm. It almost sounds like some kind of sales marketing tactic that a business could capitalize on if they really wanted too.