This was kind of fascinating from a business perspective I thought. There is the movie Fast and Furious 9 coming out where one of the actors in it is John Cena. He is an extremely popular wrestler for the WWE who also got into to making films as well. But recently he made a comment on how the country of Taiwan will get to be the first to watch the movie and that created massive outrage in China and the communist party.

Essentially there is currently a huge dispute where China claims to own Taiwan and so they reject anyone labelling it as its own country. As a result John Cena issued an apology video in Chinese expressing how he is sorry as he misspoke. This created anger amongst people as well who then labelled Cena as a sell out where the only reason he did this was that he was afraid China could blacklist him and the movie because of it which is a real possibility. 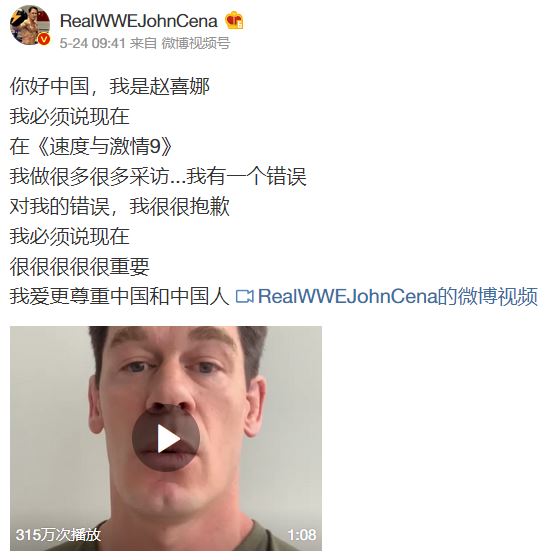 That brought up topics how so many people and business are controlled by money in this way where even with an issue like this one would gravitate towards whichever direction seems to more influential to their financial success. It made me wonder how many people would actually go against the China communist party in this situation if it was them. Because from the stories I read many people would try very hard to please them for the sake of business.