I Can’t Breathe Ads On TV

Today a ton of media companies decided to run this video ad that went on for eight minutes and forty-six seconds. It was mostly sound effects of a person breathing where at the same time there was text saying “I can’t breathe.” This is supposed to be a reflection of the George Floyd incident where a police officer had his knees on his neck for over eight minutes as he struggled to breathe and eventually passed away.

The aired on a lot of networks including Nickelodeon which is of course meant for kids. So while a lot of people see this as a good thing for awareness there were many people were outraged as they felt this was in a sense showing something violent and horrible to kids. It made me think of the topic I posted recently about how if you are a business would you automatically support a cause you believe in even if it makes a certain amount of users upset to the point where you may lose business. 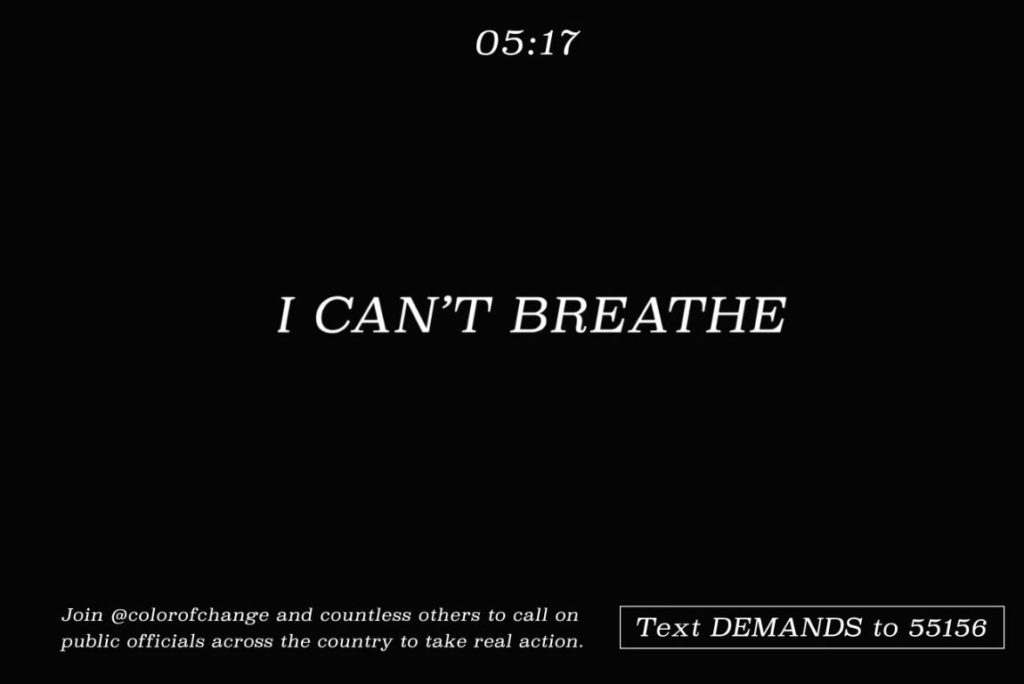 In these cases the companies definitely went ahead with it. I think one of the key thing here is companies were on the same page I guess you could say which makes it easier for them to implement. It probably did cost them a lot of money but during these times I think it’s justified.