There was an interesting piece of news recently where there was a restaurant that was having difficulties hiring a dishwasher as for whatever reason people weren’t applying. It could be because no one likes the job as I know during these times a lo of companies are struggling to hire. But that’s where it got interesting as an ad was apparently put out where they offered to pay $50,000 a year for the job of a dishwasher. 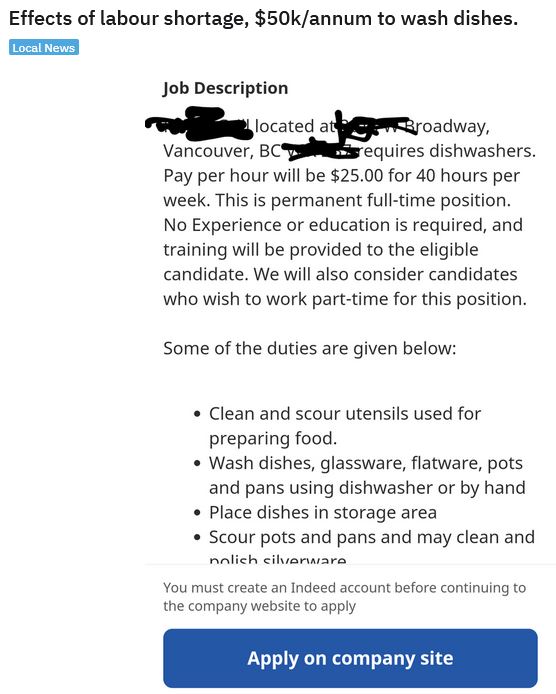 That would be about $25 an hour if you think about it which is pretty high for a job that doesn’t require much skill. At first you would assume that’s great where if that’s what the business needs to do to attract talent then so be it. But then you think where if this is technically one of the lowest entry level job in the restaurant where this role gets paid that much you now will get conflict from people who do other positions such as the cooks. They would now want their salary increased in proportion to what that person is getting.

I am not sure if the business actually thought of that before putting that up. It’s a genuine factor to be concerned over. Especially if you have an established business with a lot of veteran staff members who rightfully wouldn’t want to see their year’s of loyalty and pay increases essentially mean nothing.