Government Encouraging You To Switch Service Providers To Save Money

Government Encouraging You To Switch Service Providers To Save Money

While switching service providers is a common way to get great discounts considering service providers often provide the best rates to either keep or acquire new customers, isn’t it odd to see the government encourage people to do this? That’s exactly what happened as on the Competition Bureau of Canada released a note on how if you want the best deals for things like your Internet access service then you should consider switching providers. 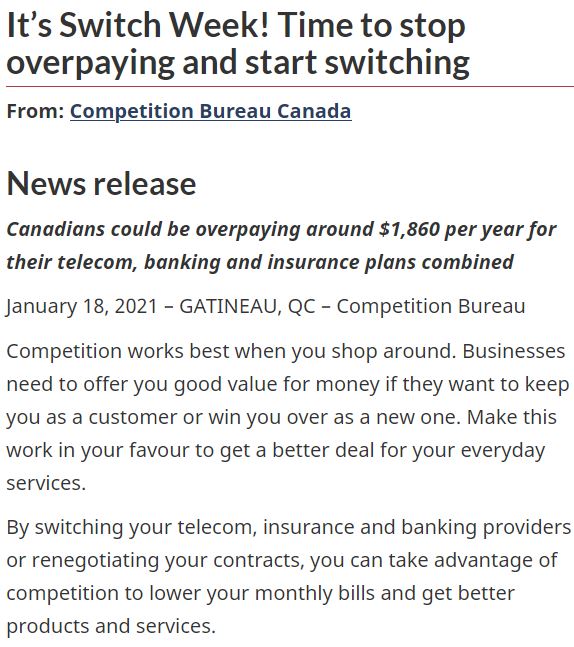 They say things such as “It’s Switch Week! Time to stop overpaying and start switching. Canadians could be overpaying around $1,860 per year for their telecom, banking and insurance plans combined.”

Normally for the government their role should simply be to make sure businesses are charging people fair prices in general. But this would kind of imply to me that they think the rules to ensure fair pricing is already there and that it’s your job as the consumer is to change companies if you aren’t getting good rates. 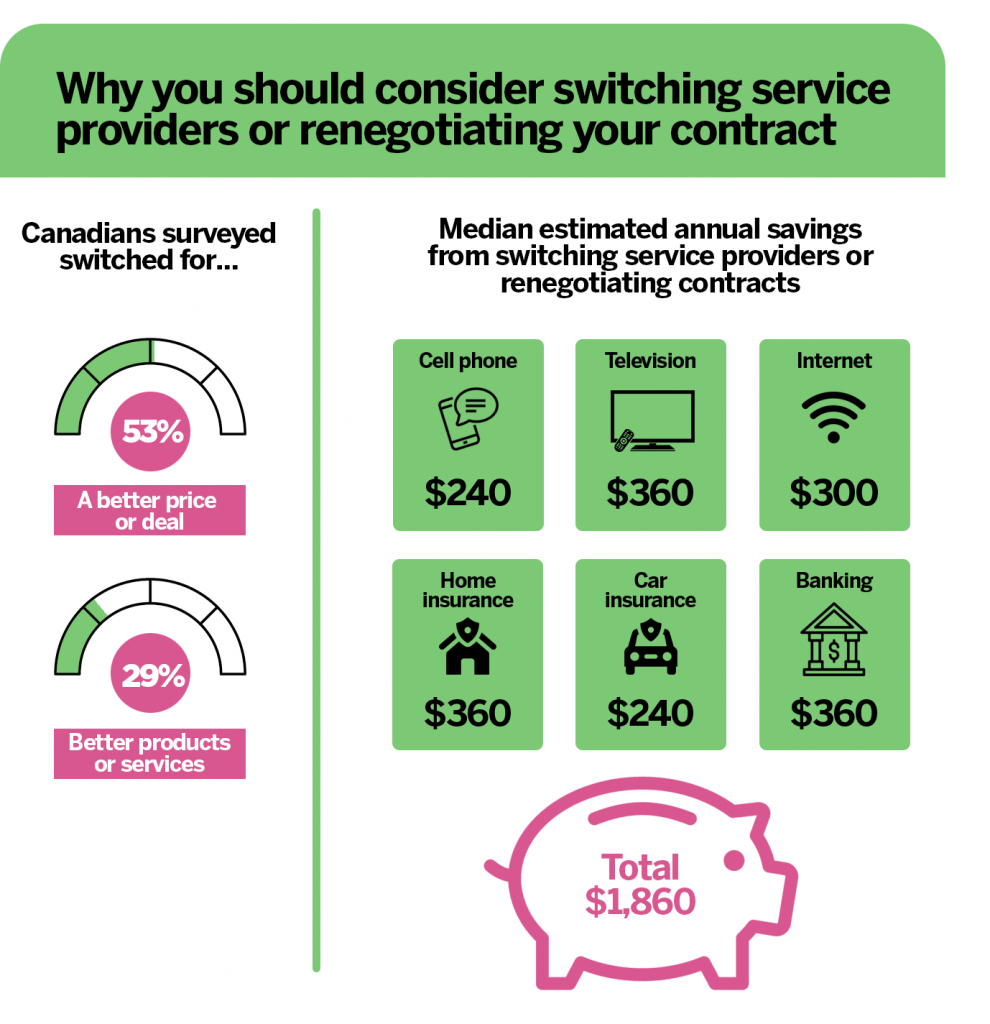 Again, it’s kind of odd as I would imagine that wouldn’t really help if all companies reached an agreement to charge specific prices as an example. That’s where the government should come in if that’s the case. But either way, this sure reinforces the idea that if you want a better deal for things like your Internet service be prepared to actually change carriers.