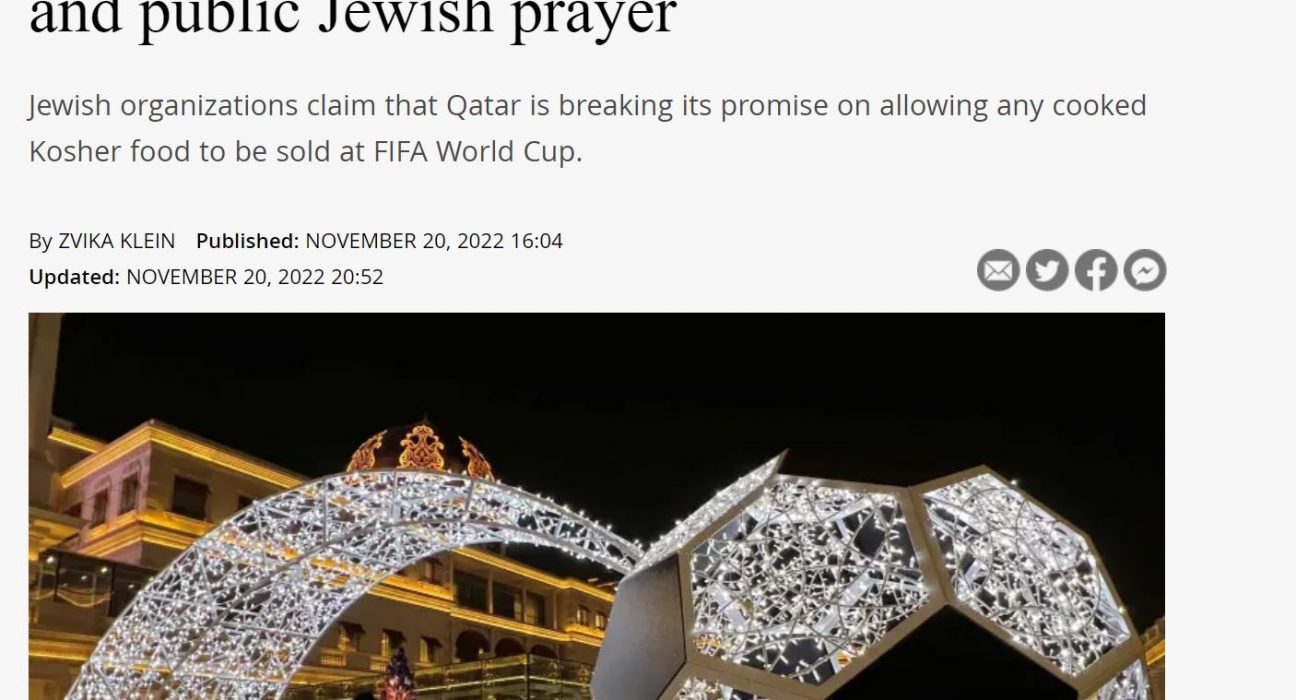 The FIFA world cup games is on in Qatar as it is the first Muslim Arab nation apparently to be hosting the event. Usually you would expect to read a lot of game highlight news and celebrations, but instead a lot of the articles I read dealt with the country dropping support for various activities at the last moment which is causing conflict.

One interesting bit was how apparently the sales of alcohol drinks are apparently banned for the most part and one of FIFA’s big sponsors is Budweiser. That might create a lawsuit huh where a company invests millions into a campaign only to be blocked in the last few moments. Then today I read how people in the Jewish community are complaining as they were told they could prepare things like kosher meat but even that was reversed.

For the most part it seems like FIFA has simply accepted it as well which is crazy to think about. Maybe they just make so much money where at the end of the day they can easily pay off those who feel they have been misled as an example? Either way, not a very good way of doing business huh?