Expecting Unfair Treatment In The Process

For some reason today this old twitter post from actress Janet Hubert was spreading where she appeared to be critical on that fact that some people can commit crimes and still be given every opportunity in the world afterwards. This appeared to be related to the college admission scandal of actress Lori Loughlin where she apparently paid people to help her daughter into a school based on lies which she was convicted for.

As you can see, she says quote: 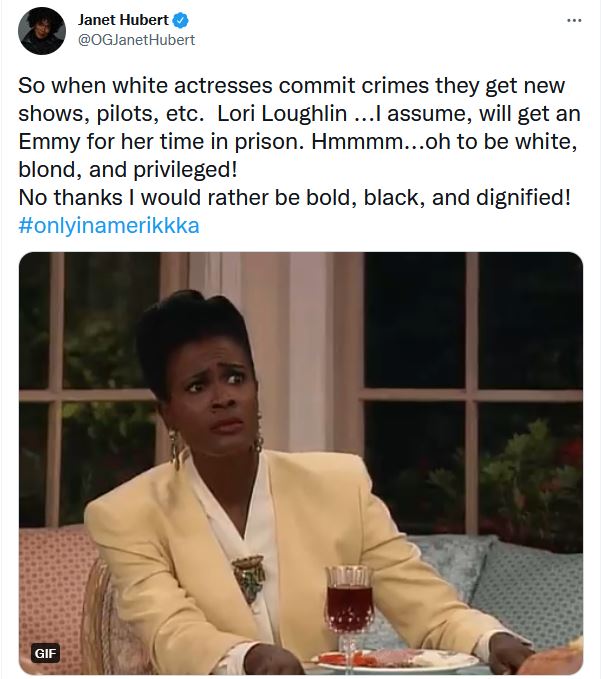 “So when white actresses commit crimes they get new shows, pilots, etc. Lori Loughlin …I assume, will get an Emmy for her time in prison. Hmmmm…oh to be white, blond, and privileged!
No thanks I would rather be bold, black, and dignified!
#onlyinamerikkka”

That got me thinking where for myself it’s been my experience that nothing is usually fair as many people are given more opportunities than others. With that in mind, it got me to think in these scenarios is it better for people to keep those opinions to themselves and simply find ways to work around bias and prejudice per se?

I guess one example is it is normal for say a teenager to get shunned by an established business person as just being a kid to be taken seriously. So like there, is it wise to express that type of prejudice that exists or would you just focus in doing the work?