Surprising read today as I as doing research on computers parts since I am in the market for some soon and apparently a company known EVGA is ceasing to sell NVIDIA cards. This is a huge deal as they have worked together for a long time and has been popular brand amongst consumers. Most people within the industry seemed caught off guard as no official press releases have been made. However, people related with the company have been posting messages about it.

From the sounds of it, the dispute appears to be claims that NVIDIA controls their partner’s heavily in regard to things such as product design to the point where a company like EVGA is losing money in selling NVIDIA related products. I suppose as a business if you are bleeding money then you need to stop it immediately. 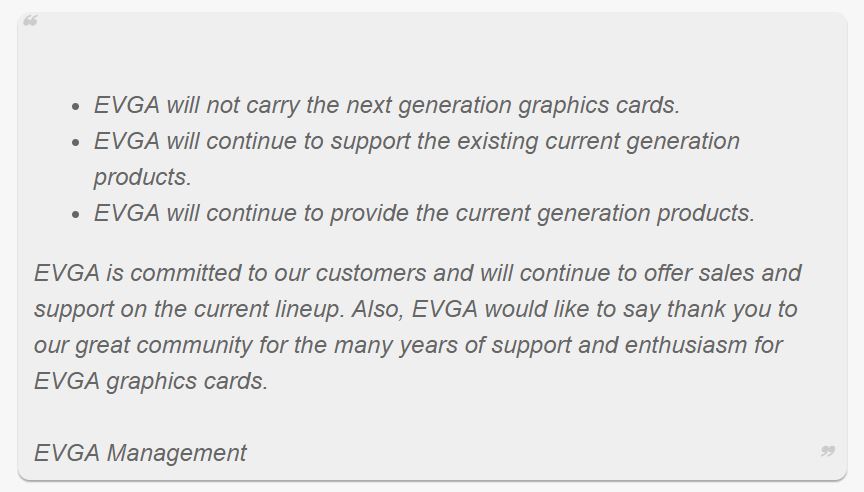 That is common too where companies who command a large market share can often dictate what its partners must do in the best interest of their company versus think about their partners as well. But in this case the two have been in business together for so long that it makes you wonder why they couldn’t negotiate in any way.