Can A Sports Organization Influence Country Policies And Business Practices 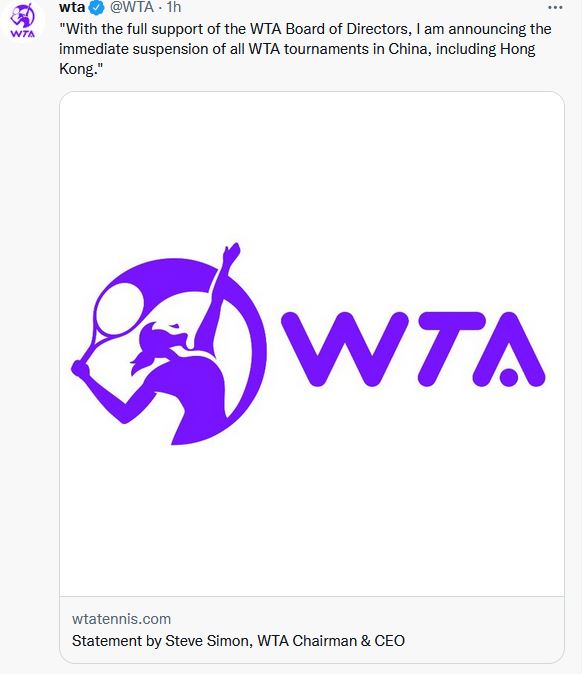 There has been a lot of news recently of a tennis star named Peng Shuai who posted on her social media accounts about allegations regarding sexual assault with a high ranking official in the Chinese Communist party. Shortly after, she apparently disappeared and her posts were quickly removed. This generated international attention as to her safety and whereabouts. While there were some photos of her from official state media, a lot of people felt this wasn’t genuine.

So it seems like today the Women’s Tennis Association announced that it will suspend all tournament games in China until they are satisfied that Peg Shai is safe. It’s interesting even from a business point of view with all the conflicts between China and other countries. A lot of places denounce certain actions and behaviours but ever actually follow through such as cutting business ties. There is simply too much money involved is the theory on why many won’t do anything.

Now the WTA actually sticks to this decision it will be fascinating to see whether or not a sports organization can do what most large businesses can’t even accomplish in the sense of promoting change when it comes policies and directions of a country. I don’t think say Amazon boycotting China would have the same impact here since they could easily be retaliated against in various ways financially.