Cactus Club Paying For The Bill Out of Quality Assurance
Business

Cactus Club Paying For The Bill Out of Quality Assurance 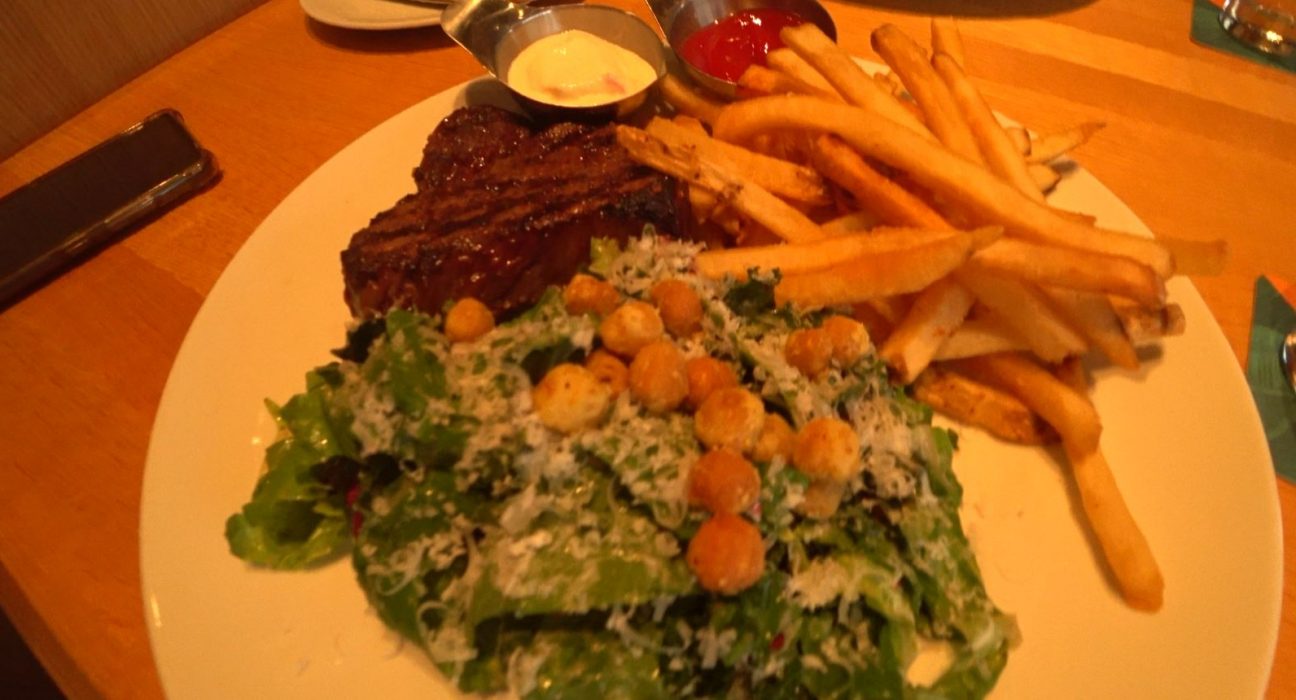 Today my dad asked if I had time to go to a restaurant with him and I did have a few moments as a I was around the area. I asked where he wanted to go and he mentioned Cactus Club had this Happy Hour time which he thought would be good. He really likes the restaurant from what I gather. So when we arrived everything seemed kind of normal as you would expect. We were told the server would be there in about five minutes as it seemed like we came just when employees were changing shifts. Once he came we ordered some meals.

For whatever reason it was over a half an hour and it didn’t seem like our meals were ready. The server came by and apologized that it will probably e another five minutes as the kitchen was understaffed. We weren’t in a rush and was understanding. Eventually the meal came. Unfortunately, both of our meals were extremely salty. It almost tasted like instead of sprinkling salt on the dishes it was almost as if the person literally dunked it in salt. My dad actually couldn’t even eat too much of it and asked if I could finish his.

This is one of those cultural things where I find many Asians won’t actually complain as they don’t want trouble. I usually don’t want o make a big deal about something as well unless it is extremely necessary. But a few moments later the server comes by and asks how was the first bite of the meal as a quality check. I expressed how it was extremely salty to which he then had a concerned reaction. I mentioned though for him not to worry about it. However, he mentioned he would let the kitchen know. I definitely had to drink a lot of water t finish the meal. During this time too he mentioned that after we finish our meals the manger would come by and talk to us. I figured it would just be a simple talk on what we experienced.

After the meal we were ready to pay. This was the surprise as the server told us we don’t have to pay anything as they decided to give the meal on the house. We were shocked. He explained how it’s essentially one of those days where the kitchen wasn’t on its ball game and this does not reflect the standards of the restaurant. As well, having to wait so long for our meal just further convinced them to write it off as they would like us to still come back.

I must say, I was super impressed that as a business they were willing to do that considering we would have just paid for the bill like normal. It definitely did show that the business cared about its quality while wanting to make sure the customer is happy. With his comment too of coming back, this type of impression definitely would encourage a person like myself to go back to Cactus Club. It makes you feel that the business was definitely trying.

It’s a good pro-active way to turn a bad situation into something good where I can imagine some people wouldn’t say anything and just start to right not so pleasant reviews of their experience afterwards. It reminds me too how many time consumers can be very understanding of business mishaps as long as you demonstrate you have their best interest in mind and simply communicating with them on the matter.