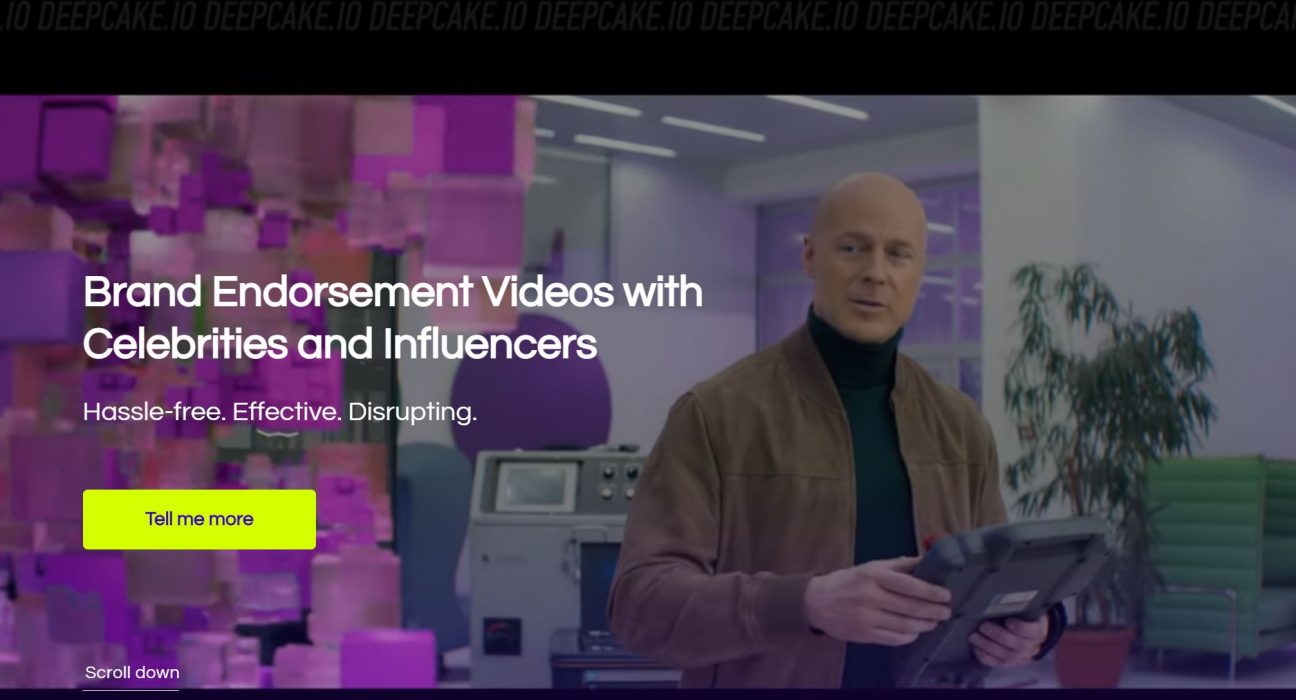 I was reading some articles recently that talked about how actor Bruce Willis signed an agreement for a company to be able to use his likeness for various future projects. Fundamentally, deepfaking is using computer generated effects to replace people’s face with someone else’s. This is nothing new, but in recent times it has gotten very sophisticated to the point where many can’t tell the difference between what is real and what isn’t. So in this case the actor expressed how this could allow him to be in projects that he may normally not be able to attend.

When you think about it to, if it gets good enough then there could be times where he just doesn’t feel like doing the work and this way he could still get a license fee of sort for the company to use his likeness while someone else actually does the physical work. So, would this be a potential new revenue stream for even the average individual? For example, imagine companies that want to fake a crowd at a recorded event where instead of having to pay people minimum wage and all to fill up the seats for the whole day they can offer someone maybe $50 to use their likeness. I could see that being a thing.

There are a lot of ethical questions too such as people using the technology in a bad way. If it does become a thing that could mean too that there will be more value in having real people being in-person for various projects.