Saying You Are Poor Based On Luxury Choices
Financial Management

Saying You Are Poor Based On Luxury Choices 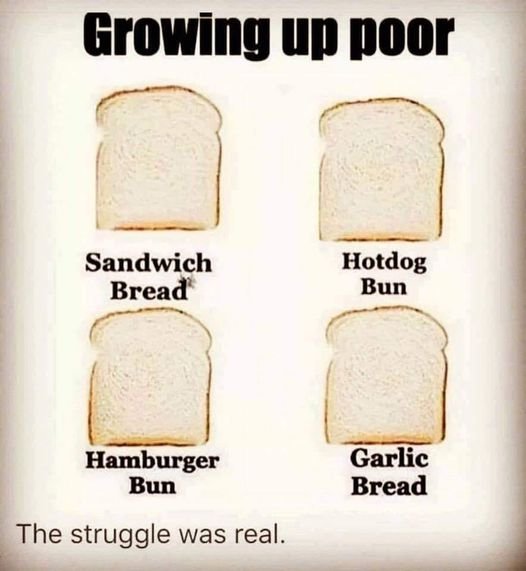 Today I saw this picture spreading on the Internet which seemed t o imply how a poor person has to use a slice of bread for everything. While most people would commonly just use slices of bread to make sandwiches, essentially it is saying how a person that is poor doesn’t have the luxury to say buy hot dog buns or burger buns. So, everything needs to be made with regular bread.

What was funny with that I thought was I actually did that before where I used regular bread as a hot dog bun. To me it wasn’t a sign that I was poor but rather it felt like it would work and that’s what I had. So why not? For the mindset where that makes you poor seems odd to me as it would imply having bread in general would mean you are rich then as a poor person can’t even afford that and will just straight up eat the meat by itself with their bare hands.

Maybe this a good example how at times people compare themselves too much to others who have a completely different life and circumstance to determine if they are in a financially bad situation. The bad thing there is that people often chase the lifestyle that is not suited for their specific situation which often encourages people to buy expensive things they don’t need as an example. If it works for you then really that should be good enough where it can also be viewed as being resourceful.