Not Knowing The Details Versus Showing All Potential Issues
Business

Not Knowing The Details Versus Showing All Potential Issues 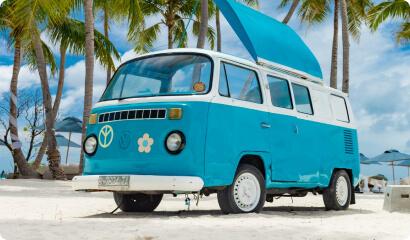 This was kind of awkward to think about where often times when it comes to buying things companies would go out of their way to try and release as little details about potential issues in the future with their offering as it could easily be a deal breaker for many people. So imagine a simple scenario like this when it comes to buying a used car which was odd to think about.

Pretend this person was very paranoid about buying a used car where they are thorough in wanting to check things such as safety records and independent reports on what may need repairs in the future. For this one car there are detailed reports for this where one can evaluate if it is a better investment than another. This person would be turned off over the slightest potential flaw.

So after rejecting all these used cars they see another one that appears to be okay price and appearance wise. However, there is no report of sort for the car other than the last owner drove it fine without any issues and even when you give it a test run it’s fine. But how do you know if anything will happen soon with no report on the vehicle right? In this case, the strange thing is that the person overlooks that detail and just buys this used car instead of the other.

Logically that makes no sense of course as it would be the equivalent of just ignoring the reports on the other vehicles as well. But I guess that is an example on how for many people giving them too much information can be a hinderance in regards to promoting one product over the other.