Having A Lot of Money and Being Hated 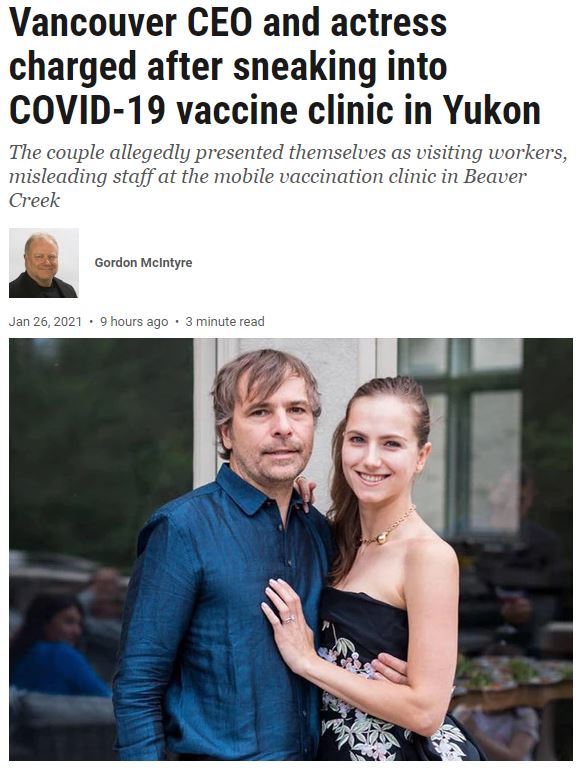 So there was this story going around recently where a two people from Vancouver BC took a flight to the Yukon in order to jump ahead of people to get a vaccine for COVID where in the process they got caught and fined for doing so when they attempted to fly back home. Rodney Baker, CEO of Great Canadian Gaming Corporation, and Ekaterina Baker, an actress, will receive a fine and possibly jail time depending on what happens in the end.

As you would imagine a ton of people are angry largely due to the fact that the person is a millionaire where the assumption is they felt they could get away with it. So a lot of people were expressing how they are glad that they will be punished and that people such as the actress will probably lose opportunities for a long time as both of them will forever be associated with this scandal.

That was one of the interesting points as people were saying they are so rich that they probably could care less about what others think about them. For example, jokes of them wiping away tears with dollar bills. It did make me wonder though as there is a difference between being hated out of envy versus people believing one is a virus of sort that needs to be kept way from everyone else. Would even being a billionaire be worth it if literally everyone genuinely viewed you as the scum of society?

I personally never met a person in my life that would think all the money in the world would be worth it then.