Are Doctors Bad With Money

I was reading this column dubbed as a Financial Facelift where people send in their financial dilemma in hopes to turn things around. It revolved around a 41 year old physician and a 39 year dentist who has 5 kids. Money wise they earn about $450,000 a year. However, since one of them is on paternity leave at the moment they bring in $360,000. They bought a residential building lot for over $1 million and now they are wondering how they afford to pay a building another million to build a home for their family. This was the breakdown of the whole situation: 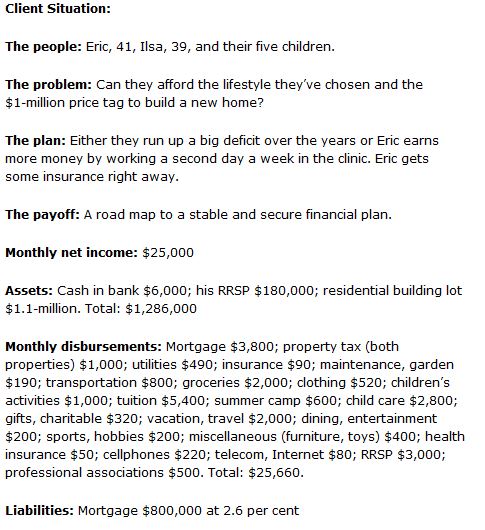 I normally would view managing one’s financial situation to be way easier than developing the knowledge to be a doctor. Reading stuff like this though kind of shows you that simple skills like this that we take for granted can be so beneficial for other people. So instead of me ridiculing the earnings as to many I am sure it sounds ridiculous and fictional, it made me wonder how one could adapt to this situation to make it work.

The first answer is easy I thought as they could simply live within their means. But is there anything that could be done in terms of compromises to enable them to buy this million dollar home? With $360,000 a year that would mean they bring in about $30,000 a month. Keep in mind one partner is on maternity leave too.

Looking at the expense breakdown, this is what I thought they could scrap or reduce:

maintenance, garden $190; I am inclined to say that if this is your own home then for things like gardening the whole family should chip in for the responsibilities in helping out. I assume that they are paying for the labor in getting others to do it. So at minimum, I say $50 off if they do more things themselves would be good. (-$50)

groceries $2,000; I honestly think they could chop the grocery bill in half if not more. However, even for a huge wiggle room one should be able to reduce this by $500 unless for some reason they must pay high prices. (-$500)

clothing $520; This sounds extremely high even if you do have five children. It’s almost like every month one would have to be throwing away a pair of shoes and all their clothes for new ones. But since I am unclear as to exactly why they are spending so much, I will reduce it in half which is still a lot of money. (-$260)

summer camp $600; On surface this makes no sense as to why you would have a summer camp budget of $600 each month for a seasonal event. That’s like $7200 a year. Especially if you factor in the $1000/month budget they have for activities. Realistically, they should factor in the activity budget for this if they are trying to manage their finances better.

They should be able to take advantage of the fitness tax credit here in Canada too to get at least $75 for each qualifying child if it’s a physical activity camp. So for technicality, I would say this category should be crossed off. 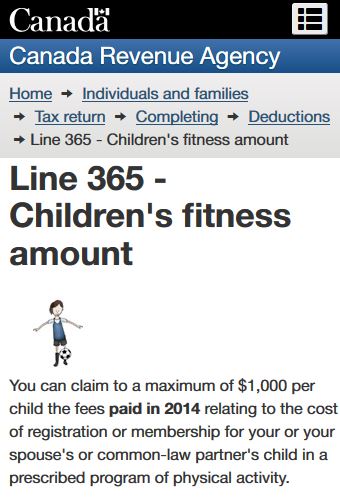 child care $2,800; – I would think getting rid of the live-in nanny would be a logical choice. If the mother is on maternity then I would imagine he would be home most of the time to take care of the children. That is a savings of $2800 a month. (-$2800)

vacation, travel $2,000; The vacation expense per month doesn’t really make sense to me. Especially when they already have things like an entertainment and hobby budget. Axing that would accumulate another $2000. (-$2000)

dining, entertainment $200; If the focus is in creating a home for the family and since they already have a category for sports and hobbies then one must learn that things like dining out is a luxury. So since there are other categories for this I would cross this off. (-$200)

miscellaneous (furniture, toys) $400; This one again is one of those additional categories where it feels like it is the same as another. For example, if it is toys for the kids then I honestly think this should be within the children’s activity budget.

cellphones $220; I would say at minimum the two parents require a cell phone. Even for myself I pay less than $50 for pretty much unlimited everything. I was thinking maybe they gave the kids a phone too, but realistically they shouldn’t require such sophisticated plans. Reducing it by at least $70 should be realistic. (-$70)

With just these points alone, they would save about $6880 and make the monthly budget $18,780. And just randomly looking for any mortgage rate in Canada based on their $360,000 a year income it displayed something like this: 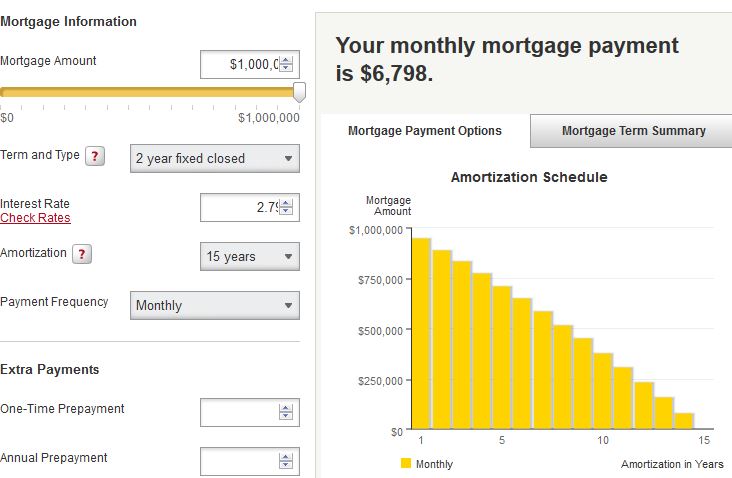 So is it possible? Yes as I think the biggest financial mess in all this is having way too many categories to justify expenses. For example, in many ways a hobby and an entertainment budget can be the same. Or likewise, your monthly grocery/food bill should be the same as dining out. I feel if they condense their categories it would make them manage their money better overall. They will also be getting an additional $90,000 a year or $7500 a month once the mom returns to work as well which makes it even more doable.

With that said, I think realistically they should simply sell that property and get a home that is within their means. They can then save up and not have to pay any mortgage fees to get the home they ultimately want when they actually have enough money to do so. If you are real people Eric and Ilsa and not just some made up characters I hope you will go with the having no debt solution.