Canada Boxing Day Sales And The Best Stores So Far

Itâ€™s Christmas eve and since I will have no time on Christmas to look for ways to save money for the upcoming boxing day I usually do it today as most companies release its deals today. Overall the deals arenâ€™t too great this year as I guess this whole recession thing has really killed a lot of companies.

But for some stores there are certain deals that look pretty good and from what I see this is currently the best stores for various items when it comes to the more high tech/entertainment items:

For the best electronic items like a TV, it looks like the company Visions is the one to go to this year if you are in the market for one. Example, right on the front page they have this 42 inch Plasma for $587 which is a very good deal. 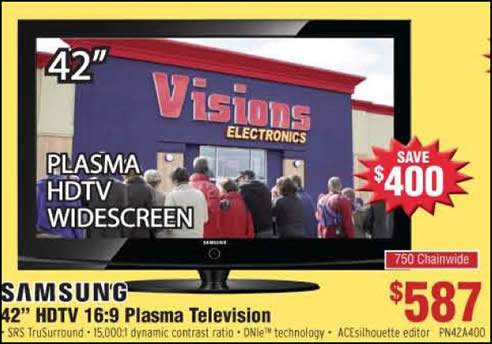 HMV For Movies and Video Games:

This one was kind of a surprise as most of the bigger stores that normally sell these items fell flat this year as the offers are dismissal. However, the store HMV seems to be the king hands down. They are selling new release games that normally retail up to about $59.99 for only $29.99. As well, they are even selling some new movies like the new Batman Dark Knight movie for $9.99.

This is usually the category that I hold off in buying for people when it comes to add ons for the main present as you can usually find the items for a way better deal after Christmas.

The only other deals from other stores that seems good to me is this 16 GB SDHC card that will be selling for $19.99 at Futureshop. Iâ€™m pretty sure most people have like a digital camera that would need one and I can definitely say that is a great price for it. 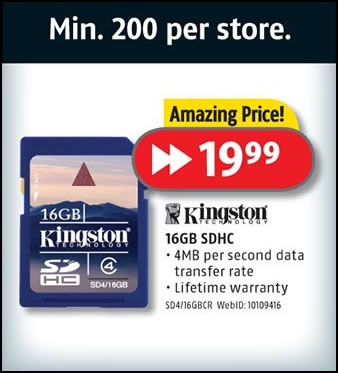 Also note that some of them you can buy online tonight. So if you really want to avoid traveling in the snow this can be a great day to do so. There are some places that I havenâ€™t seen a flyer yet like for the Superstore here on the Westcoast, so maybe there will be some good deals there.