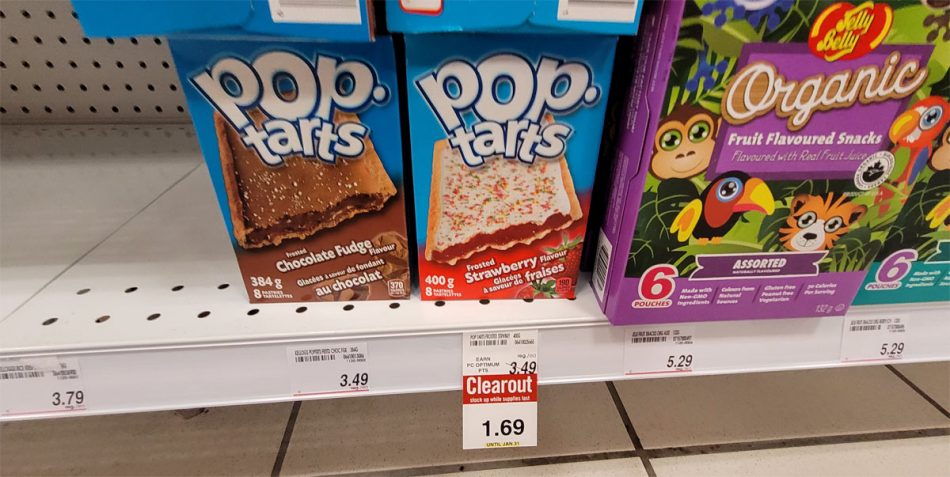 So while going shopping today I noticed in a store called Shoppers Drug Mart that there were these Pop Tarts that were on clearance. Usually these would cost about $3.50 but the store wanted to clear them out for $1.69. For reference though other stores were having a sale where you could buy them for $1.89. The catch here was that from looking at the expiry date they seemed to indicate the best before date was mid-February. So you would need to consume them in a timely manner.

I usually don’t buy these kinds of foods though. But then I checked my PC points app for any offers and there actually was one as you can see here. It stated for every $8 spent you would get 4000 points. That is essentially $8. So doing the math, I would have to buy five boxes of Pop Tarts at the clearance prices which would be $8.45 to get the points offer. Considering that is essentially $4 off you are basically buying each box for 89 cents each. 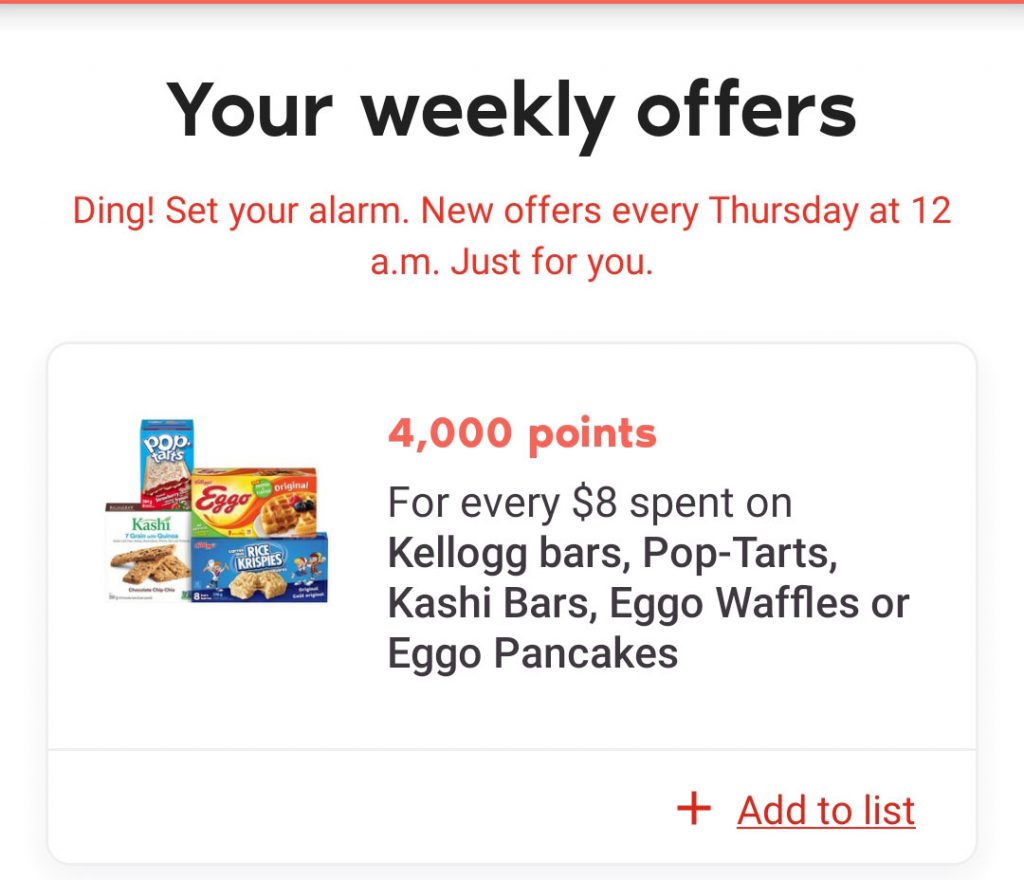 Speaking for your own consumption, would you tend to buy this with the offer even if you normally wouldn’t? These are those types of deals where it kind of feels like you should take advantage of it as it is a once in a while thing. I was still thinking on who would potentially want it to giveaway too as I always mention I find more deals than I can take advantage of usually.

Even I know though, if you keep buying deals that you never intended to purchase in the first place it can add up. So would you have bought his for yourself?