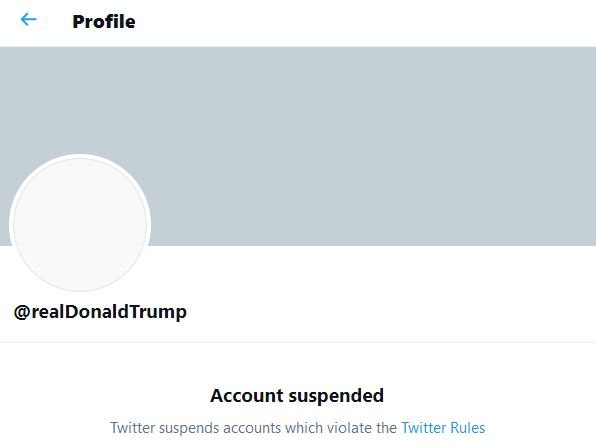 Well it’s been a crazy few days with the mass protest in the US Capitol Hill which I am sure everyone has heard about it in some form. But the quick summary would be people who voted for Donald Trump to be re-elected as president feel that the election process this year is null and void due to suspected fraud where as a result they won’t accept the other Candidate Joe Biden as the US president.

It looked like thousands of people gathered up at the location where unfortunately things got out of hand as people actually took over the building in many ways and there simply wasn’t enough police force to stop them. People have been blaming Donald Trump’s messages on social media as a direct cause of this and so it was interesting to see that platforms like twitter have officially suspended his account permanently. 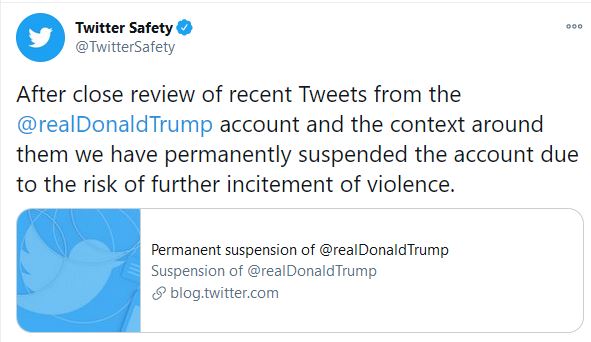 From the press release, it seems like their justification is that his message of continuing to not accept the election results is in a sense creating violence per se. They state the following points:

-President Trump’s statement that he will not be attending the Inauguration is being received by a number of his supporters as further confirmation that the election was not legitimate and is seen as him disavowing his previous claim made via two Tweets (1, 2) by his Deputy Chief of Staff, Dan Scavino, that there would be an “orderly transition” on January 20th.

-The second Tweet may also serve as encouragement to those potentially considering violent acts that the Inauguration would be a “safe” target, as he will not be attending.

-The use of the words “American Patriots” to describe some of his supporters is also being interpreted as support for those committing violent acts at the US Capitol.

-The mention of his supporters having a “GIANT VOICE long into the future” and that “They will not be disrespected or treated unfairly in any way, shape or form!!!” is being interpreted as further indication that President Trump does not plan to facilitate an “orderly transition” and instead that he plans to continue to support, empower, and shield those who believe he won the election.

-Plans for future armed protests have already begun proliferating on and off-Twitter, including a proposed secondary attack on the US Capitol and state capitol buildings on January 17, 2021.

So it is kind of interesting from a business point of view. Companies like these have a right to serve whoever they wish of course. But it makes you wonder will this open a can of worms? Because the tricky thing is if you do it to one person in this manner then you have to do it to all who follow the same criteria. 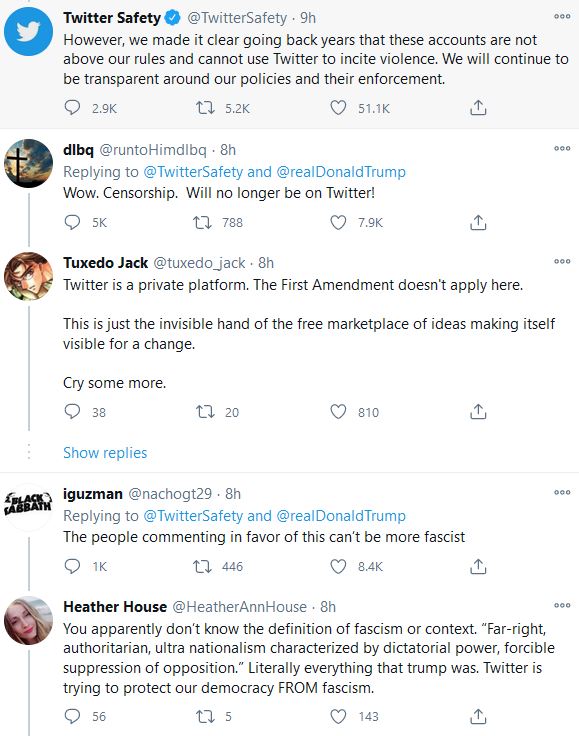 Because in many ways it does come down to interpretation as well. Otherwise people will claim you are bias. What would you do in this situation? They always say business and politics is often a no win situation.