Placing Ads and Watermarks On Paid Applications And Products
Business

Placing Ads and Watermarks On Paid Applications And Products

Everyone likes to get free stuff. Productivity software can often be useful. Especially nowadays with more people needing to work with digital files having the ability to edit and create PDF documents is expected in many cases. But this was kind of odd to see. You can see in the Microsoft store there is this PDf editor app that is listed as originally costing $257.99 but is now for free. What a bargain right? 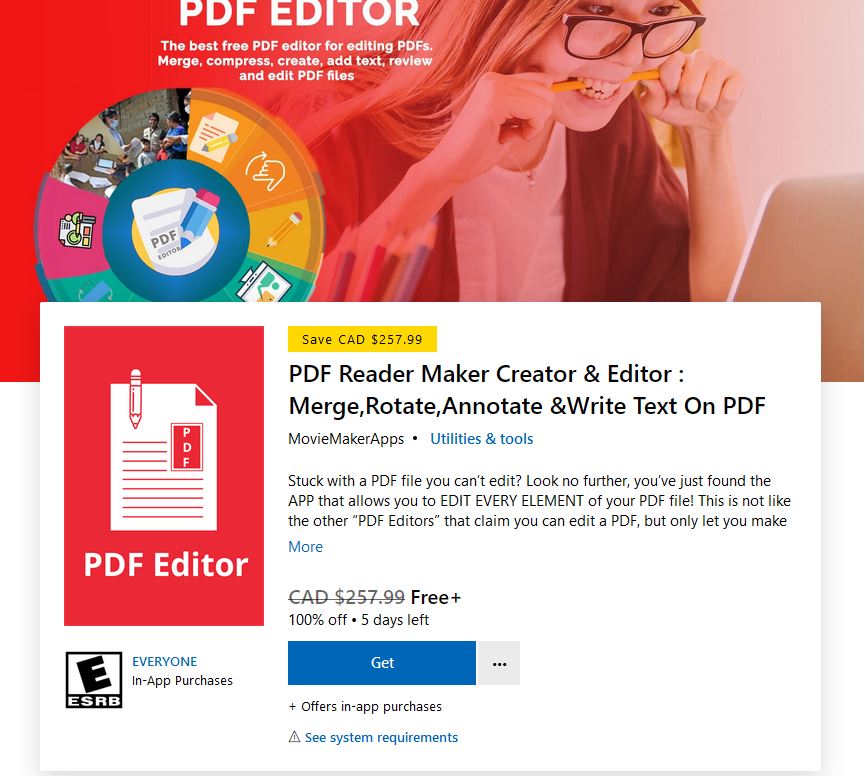 I have a funny feeling this was always free normally in the same vein as to how many sales often have an inflated price. But the kicker when you read the description is how the application actually has ads. So really what this would imply is if you normally paid for a license it would still act as if it is a freeware product with the business model being it is supported by ads. I believe you can still actually pay for additional benefits which again makes it odd how this was originally over $257.

But it did make me think of how there are a lot of products nowadays that insist in still treating you as if you never paid for the license where they are double dipping on revenue sources. In some cases such as cameras the company plasters all the videos that you record and generate with the company watermark on it which makes it unusable for professional usage in a lot of cases. Considering that you paid for the item too that doesn’t seem right.

But that is a reality on how many companies try and get as much money and marketing out of the consumer’s usage of the product even after they bought it. I wonder if the mass majority of consumers actually don’t mind in these cases as I would imagine the complaint isn’t high enough for a company to make any changes. Business wise a company would love that I suppose. Would you do that?