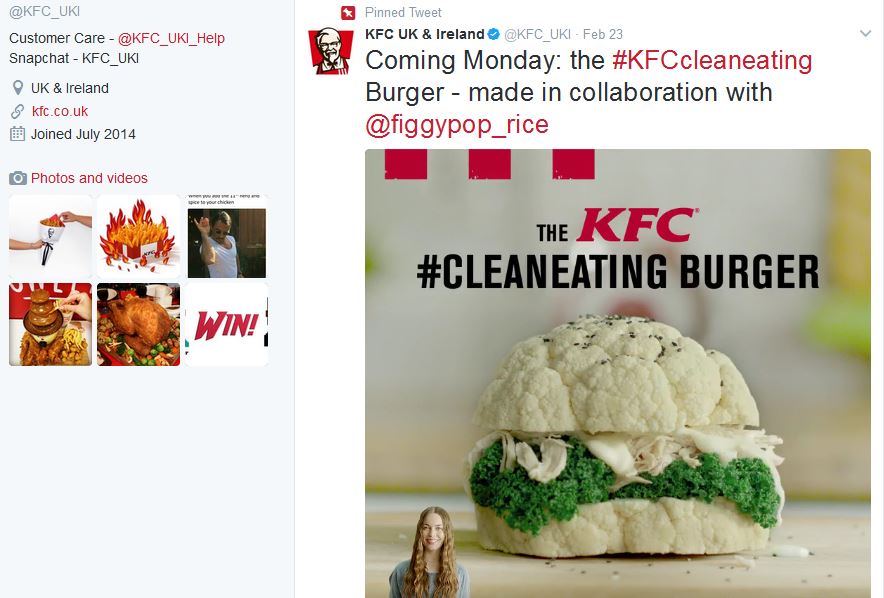 At first when I saw this new KFC burger I immediately thought it was a prank of some sort. As you can see on the picture it looked like it was literally like cauliflower as a bun with like kale in the middle or something like that to mimic a traditional burger. The fact that it is KFC too which is known for meat products made me even more skeptical. From further research apparently it was a prank of sort from the company.

The funny thing was from a marketing perspective I thought was how I was reading that so many people were saying it was disgusting and such. Now obviously it doesn’t exist so technically no one has ever tried it. For all I know as an example even if such a thing existed I really don’t how it would be any different than those who eat like salads as a meal in many ways.

Business wise it kind of shows me how important a visual presentation is when it comes to marketing too where the reality is people do immediately judge things based on perception as opposed to real usage. I would imagine if this was actually real one would probably get more success by making the bun to actually look like one. We are always taught that you should never judge a book by its cover but that saying doesn’t really hold too well when it comes to selling stuff as a business huh?