Helping Those In Need When It Costs You Time And Money 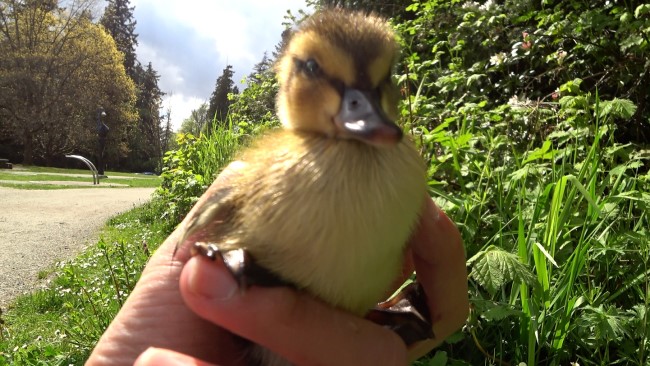 Today while walking through the park there appeared to be this lost duckling wandering around which was odd as usually they would be right next to the mother. My assumption of course was that it trailed off from the pack and so I attempted to bring it back near the pond in hopes to find the family it belonged to. This actually took some time as I had to first develop trust with it as I would imagine most small animals would be terrified over a large person being near it. But I was able to get it to be calm to the point where I was able to carry it back to the pond.

It made me think as recently I have seen plenty of examples of people who have everything set financially attempt to use their time and resources to help people in need. For example, people offering others a free ride around town due to them suddenly not having a vehicle to travel or even those that offer rooms in their home without the need to pay rent to temporarily help them until they find a new place to stay.

Don’t forget to help others in need as well I suppose because ultimately making your environment better overall helps everyone. Even from a financial point of view too oddly enough when people start helping each other it can make everything more stable and self sufficient where if one thing breaks things can recover faster as you have more people who are in a position to help.