Disney recently released its high budget movie Mulan where it was originally intended for a theatrical release. But due to the pandemic they opted to release it for a high fee on its Disney+ which will definitely be interesting to see how it fairs. However, the movies seems to be plagues with political outrage such as the lead actress, Yifei Liu, supporting the Hong Kong police which many argue were displaying police brutality to citizens protesting for democracy. This resulted in many people asking others to boycott the film.

Then there was also controversy of the filming locations where people are claiming Disney worked directly with officials who allegedly conduct widespread human rights abuse in Xinjiang. That seemed to have triggered people blasting Disney for simply being a company where they will do anything to make money which adds fuel to the fire of the boycott rage. 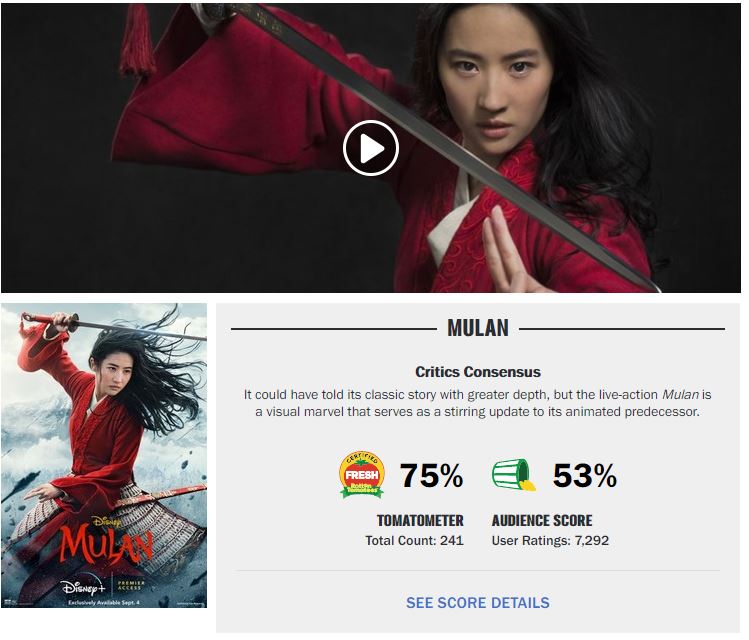 You can even see online it seems like so many review sites have ranked it poorly. It’s hard to tell of these are real viewers or people that are mad at the company in general. 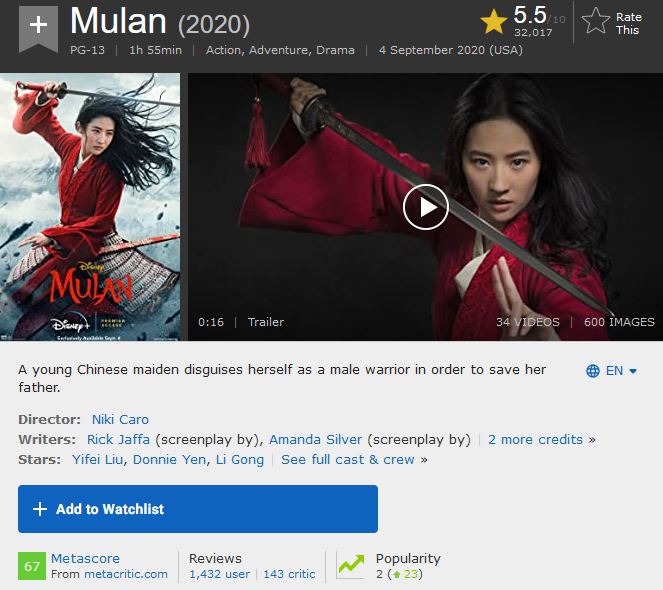 But this kind of shows how people are a lot savvier nowadays where if they really want to dig up questionable business practices like this they most likely can. So one should take extra caution on how they conduct business as sometimes the longer and harder route may be the safest way to go in the end.