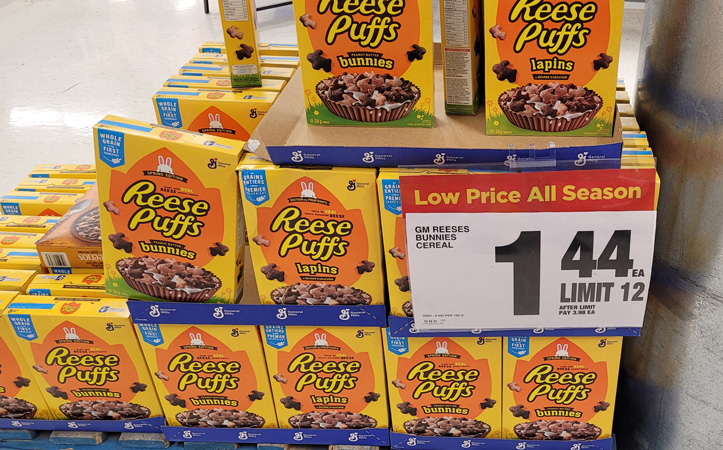 You often see products misplaced in the supermarket where it would appear that someone decided they no longer wanted to buy an item and instead of putting it back they just dump it randomly anywhere. Today I saw this huge stack of Reese Puffs cereal that was being clearance for $1.44 as it was expiring near the end of the year. That’s a long time still. But what I noticed was this one box of chocolate Cheerios in the stack.

So to me I think it was highly probable that the person went in the store originally to buy these Cheerios which probably costs $3 to $4. However, upon passing by this deal you could literally get two to three boxes for the same price. They probably ended up getting that instead. Many times I often shop based what is on sale as opposed to having a set list in mind. That sounds kind of anti-financial literacy advice in terms of organized spending huh? 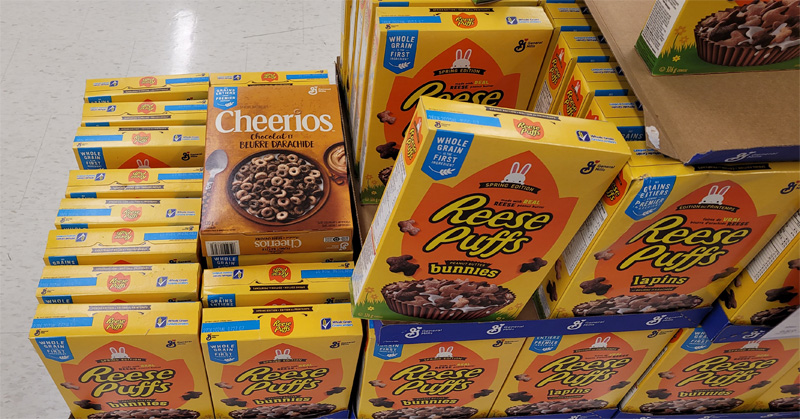 But as an easy example if I was planning to get some vegetables and I saw a bunch of carrots on sale then I would buy that and plan meals around that versus just always set in getting a particular item that is on sale. I find you save a ton of money this way. Like here you can walk in saying you want to buy cereal where ultimately you get that that you would enjoy that is the best value versus strictly going in and saying you want a particular item. It’s a good way to keep changing things up to I find so you don’t get bored of the same old all the time.