So today I was asked by a person if I could find them some Sprite soda drink as they wanted some variety for their upcoming Christmas party. I generally knew that the best deal for two litres of soda is under one dollar. Many think that can’t be true because they see a can of soda for about one dollar which is only about 330 ml.

I also knew exactly where the cheapest rates were usually but I decided to check other stores as well since I was on the way. It got me thinking where when I went to the first store you could see there was a tag stating if you buy three of them you would pay about four dollars. So that is about $1.33 each which isn’t the best deal.

You would think buying more usually equals more savings as businesses can move more inventory this way while getting people to spend more. However, from my personal experience it is more about which store you go to and its general prices for each types of products. For example, some places will intentionally make desired items cheaper just to get you into the store knowing you will buy other items that are high in profit margin to more than make up for or. 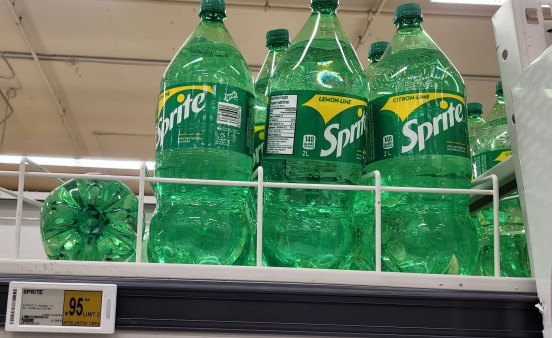 So I went to where I knew it would most likely be cheaper and sure enough you can see that you could buy two litres of Sprite for 95 cents each. As well, if stores can give you a discount for buying multiple items then most likely someone is selling it for the same price value for single purchases or even cheaper.