Storage Factor In Stocking Up With A Discount 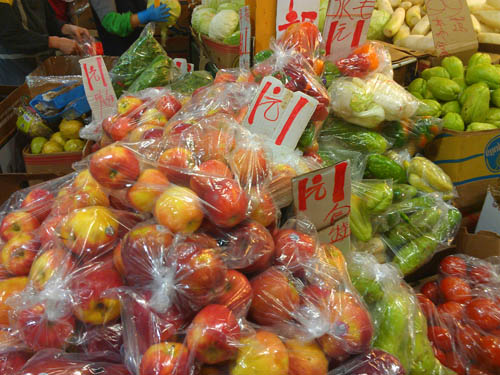 Yesterday I got one of these coupons for some crackers where you could essentially save 20% off your purchase. In this case it was for crackers. While I don’t really buy crackers myself I know my parents do and so I asked them if they wanted to take advantage of it. Indeed, they said yes and so we went to the supermarket together. As usual I would check to see if the regular price before this coupon was actually good as you aren’t really saving money of the original price is marked up as an example.

By the looks of it, the price was a regular price and this coupon had a stipulation where it was 20% off for every six dollars you spend on crackers. So if my parents wanted this deal they had to buy about two at minimum as each box was about four dollars. If they purchased three boxes the total would be about twelve dollars where they could then get the discount twice.

After thinking about it my mom thought that three boxes of crackers would be too much. Therefore, the discount wasn’t taken advantage of. Interestingly enough it was more about the storage space that was the deciding factor. Usually when it comes to buying a large volume of food it would come down more to shelf life and if you can finish it in time.

I have seen people turn their garages into like a mini store of sorts as a way to store all of the excess deals. I never had this issue personally as most of the excess deals I find I usually end up giving it away or splitting it with someone else. At the same time I usually always have space somewhere to store items like these that would last awhile. Unless that means if you plan to save money buying large deals that you better plan ahead and be organized in managing the inventory as opposed to just letting the deal pass by. That is assuming you actually will use the item of course