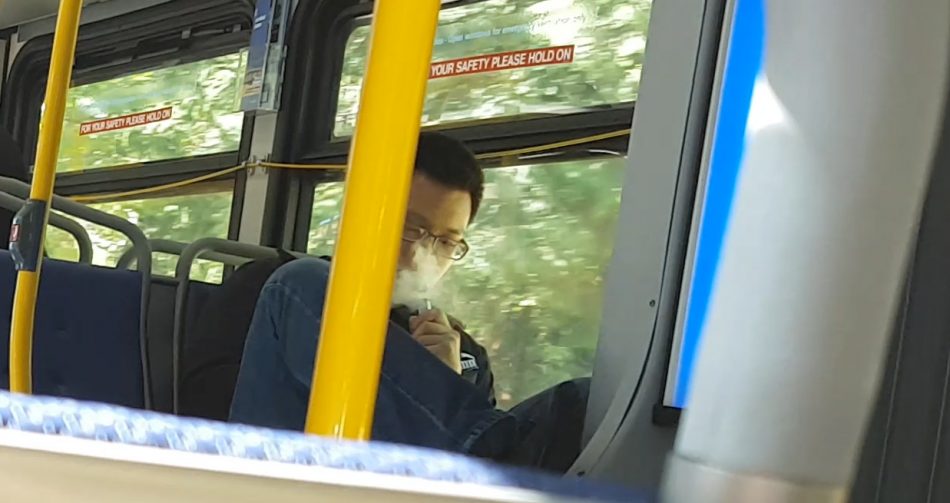 Recently I was using the public transit system as I thought taking a bus route would be more economical for the day. While at first it seemed like a normal bus ride I then noticed an odd smell. As I looked around I then noticed that the guy not too far from me was smoking like a chimney. It would appear that he was smoking a vapor or e-cigarette as some would call it. This was extremely surprising to me that someone would just blatantly do that as I thought maybe they are considered acceptable on a bus now. So I decided to just tweet a photo about it since it was kind of a weird scenario.

Pretty promptly the official Twitter account of the transportation system responded to it and asked which bus route I was on as smoking is apparently prohibited. What this made me think of is how nowadays social media platforms are like the customer service departments. Like here you could write a letter or phone in. While I wasn’t really expecting them to do anything about it they reacted pretty promptly. So in many ways just posting your experiences with tangible proof can be a lot more effective.

The more I think about it this has happened a few times where I have gotten company responses pretty promptly on platforms like Twitter. I think from a business point of view that’s not a bad idea to use social media as a way to immediately find out if something bad is happening to the customers as opposed to just using it as a promotional tool of sorts.