Mixing Personal Beliefs With Your Business

I was reading this piece of news today where Ivanka Trump, the daughter of Donald Trump, decided to buy some jewelry online from a company called “Lady Grey.” I guess as you all know there is an election going on in the states and so she is obviously under a microscope. From looking at the pictures of this note apparently the company recognized the person who was shopping with them and they decided to make a remark on how they are going to donate the money from her sale by contributing to things like her dad’s political competitor Hilary Clinton. 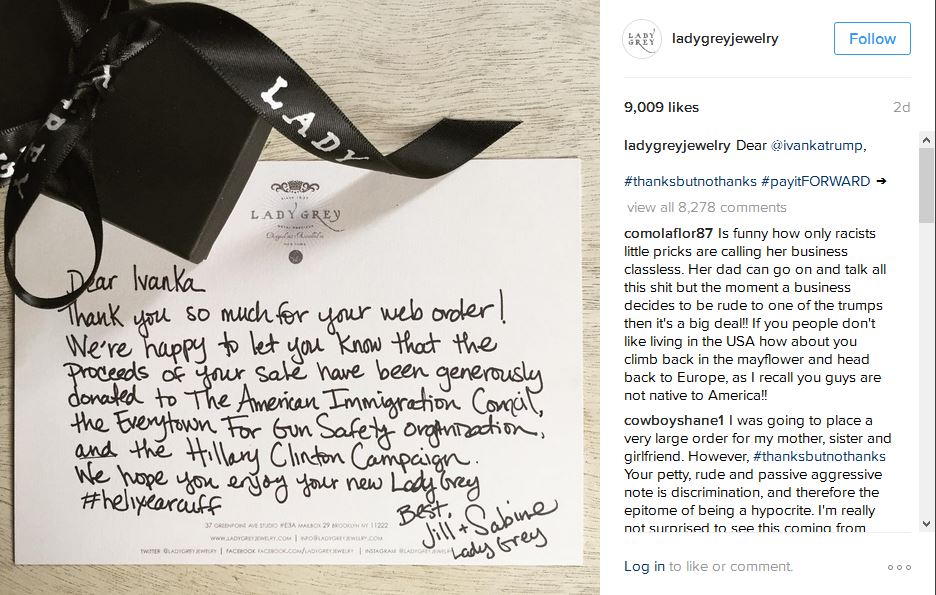 This resulted in opinions from both sides of the fence. Is it unprofessional to do something like this as a business? It’s kind of hard to say as you do have the option to essentially decide what customers you would want to serve and all. I do find it a little contradicting though where in this case if the company was trying to demonstrate some kind of moral ground taking the money from the person doesn’t exactly make too much sense.

People often say don’t mix up your personal feelings with business. I think examples like this would be the reason not to. You can’t really say though on whether or not it would increase or decrease one’s business by doing this. In one hand all the people that hate Trump will probably be more inclined to do business with them and the other half of course would probably be less likely to. Why not be neutral for the sake of the business?