Expecting A Free Promotional Offer To Be Very Good 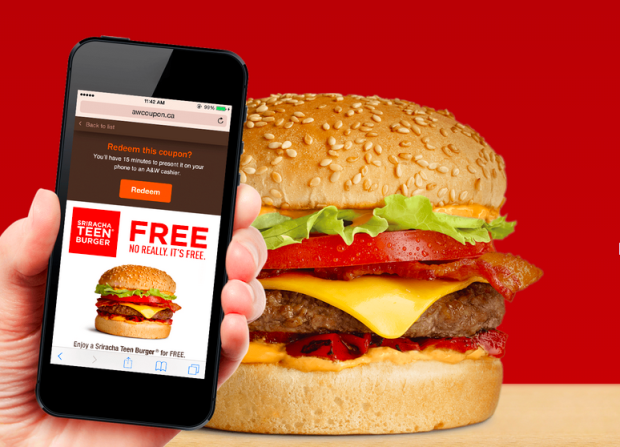 Recently I took advantage of one of these online offers where the restaurant A&W were literally giving away coupons to redeem a free burger at its restaurants. As you can see, it was called a Sriracha Teen Burger and I was kind of shocked that it would normally cost over $5 just for this burger alone.

I don’t really like spicy foods personally and so I told my dad about it and he was happy to redeem it to try. Once he tried the burger, he was saying how the beef seemed kind of dry and overall he wasn’t too impressed as to why it would cost over $5. While granted this was free, it made me think how for a company if you are giving away free offers like this the expectations as a consumer is probably super high to lure people who wouldn’t normally order such a meal.

I was thinking too that the beef being dry was probably due to the restaurant not making it on order which speaks more about that restaurant than the burger itself. But either way, if it’s something free in an attempt to lure people to do more business with you then you can expect that many people will view it as such too where the product or service has to be really good as you only get first impressions once.