Today is the first day of the clearance/liquidation sales of the remaining Blockbuster stores here in Canada and as mentioned in a previous post I thought it would be interesting to pay a visit to a store that was nearby and see what it would be like. As expected, there were signs plastered everywhere telling people that it was a clearance sale and that everything must go. 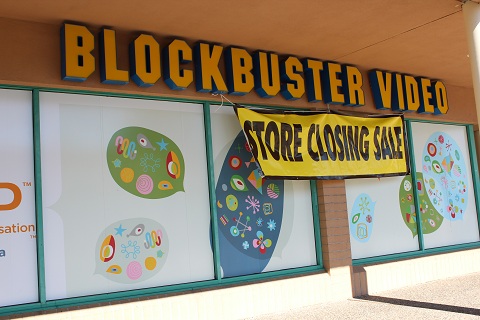 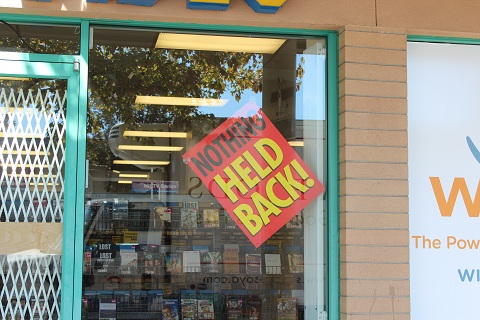 Traffic wise the store didn’t seem to be very busy at all and the first reason that popped in my mind was that the sales were about 15% to 25% off which isn’t exactly a huge number to get people to have say a camping out frenzy such as a boxing day or black Friday sale. Then again, I did arrive in the early afternoon so maybe all the hoarders came and went already. 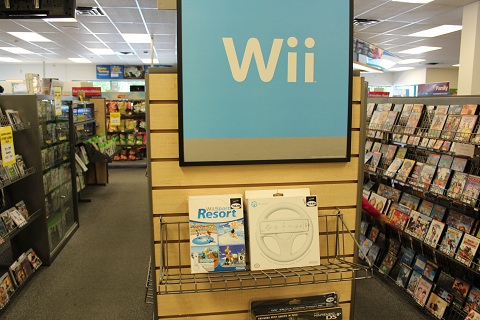 For many things the prices didn’t impress me too much. For example, in the game section you can see that this Wii Sport resort game is tagged at about $59.99 and it didn’t even look new to me. Even with a 15% off assuming it was new I can find it at a lot of places for about $49.99. 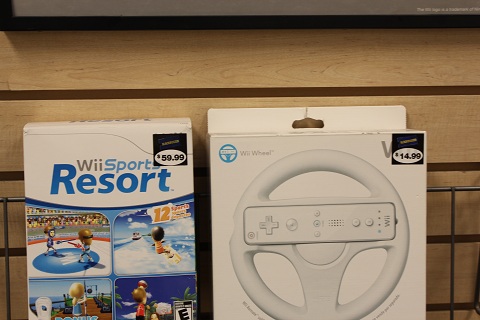 I guess the most popular sections that people immediately look at are the new release sections as that appeared to have the most empty shelves. 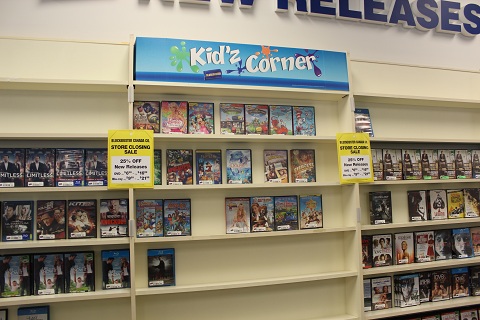 Maybe it’s just me, but one thing I did find confusing about the pricing was that while there were a ton of signs telling you that everything is 15% to 25% off, many times I just found myself confused at what the price was for the item to do the calculation on. For example, like in this kids section you see that it says 25% off DVD’s that normally regular for about $6.99 to $16.99. But with that in mind there didn’t appear to be anything to indicate what the actual prices were for the items on the shelf.

It was kind of the same story for many other items like the video games. Like for this it says 15% off games with regular prices ranging from $12.98 to $54.99 but there isn’t any price on the games to tell you what the price is in the first. I can imagine the company losing a lot of sales that way. 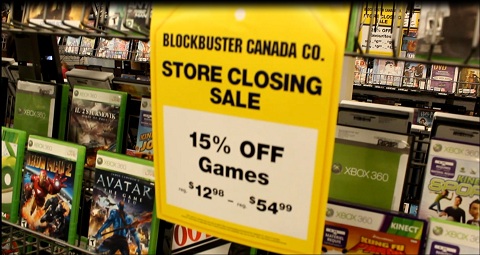 Some items did have tags though which leads me to believe that there is simply a bit too much stock to tag which was overwhelming for the employees. 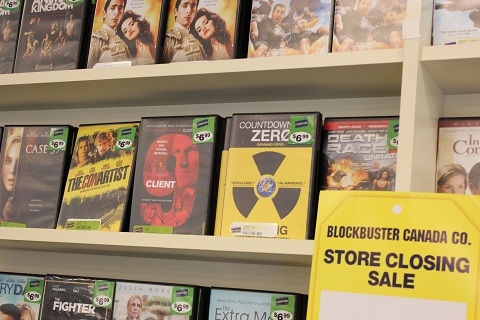 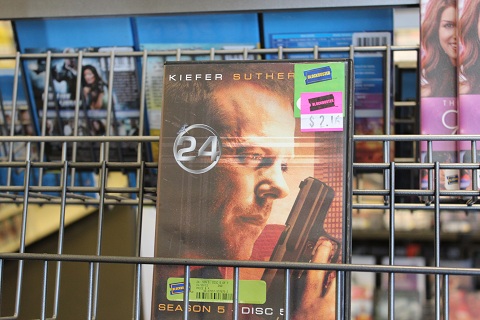 I then remembered that blockbuster also sold junkfood such as chips and so I thought it would be interesting to see if even the prices on those were extremely cheaper than everywhere else or not. For the most part, I would say no as even all these bag of chips were still tagged at $3.99. Even at 25% off you can find it for less at most large supermarkets. 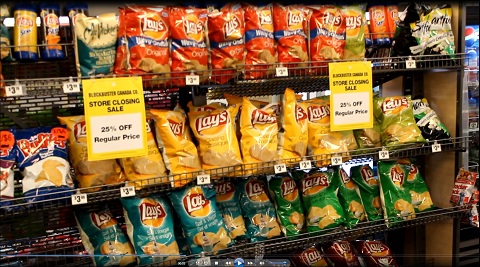 In the store I also saw that Wind Mobile had a kiosk presence in the store. That just made me wonder how the closing of Blockbuster stores will affect Wind mobile as I am assuming they had a partnership to put their kiosks in their locations. That must be a big loss for the company. 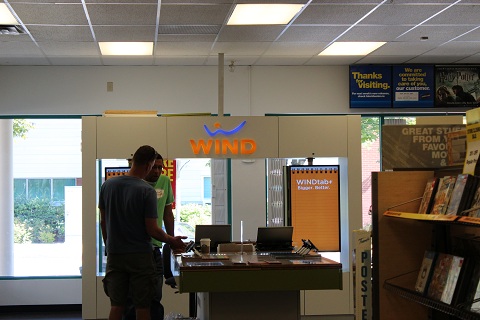 Overall, I would say at this point the main selling factor is if you are afraid that if you don’t buy it now someone else will. But for myself, since I technically don’t need anything then the sale has to be extremely cheap for me to get even semi impulsive. There were quite a few brand new items as well and if you can wait and want to risk it a bit I’m sure the sale price will be even lower as the month ends. I might even pay a visit again once they announce say a 70% off sale as I can easily see many things being good birthday and Christmas gifts.