BC Welfare Food Challenge – $21 For A Week – Part Three

“Son of a…..” is what kind of crossed my mind today with some stuff I saw. Video below for my day’s recap for those who prefer it. I included some other interesting stuff I saw today in the video too. 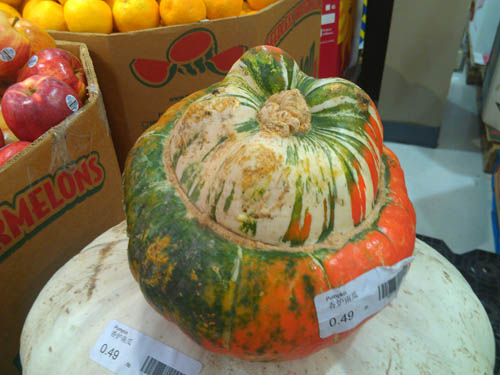 There was an obstacle today as I had to head out the door earlier than I thought. As a result, I wasn’t able to prepare my regular breakfast. Therefore, I only had an apple. That’s the main negative of being on a budget as many times we tend to buy convenient foods or simply purchase meals on the way to our destination. Generally speaking, you don’t really have the luxury to do that if you are on a tight budget.

I didn’t feel as energetic for the earlier part of the day. However, maybe eating all these vegetables and such pays off as I was able to still go through the day. As I did some price comparing within the area I was around it was kind of hilarious I thought as almost all of the supermarkets had free food samples as you can see here: 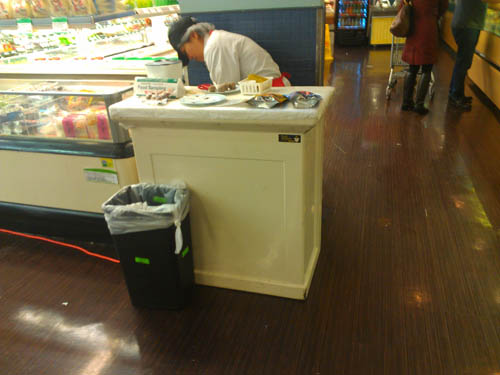 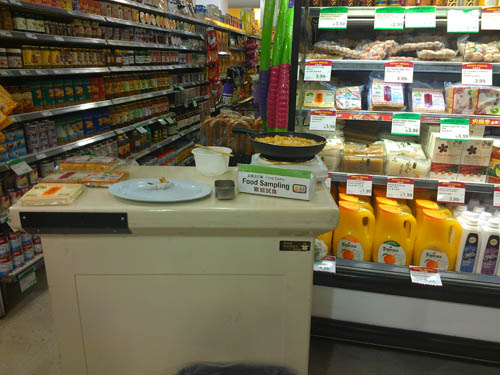 Of course, because of the challenge restrictions I couldn’t try anything. I swear you could have a full meal just by trying out each free sample. I did see this one thing that made me react to my budget and purchase. Look at how much 1kg of peanut butter was here: 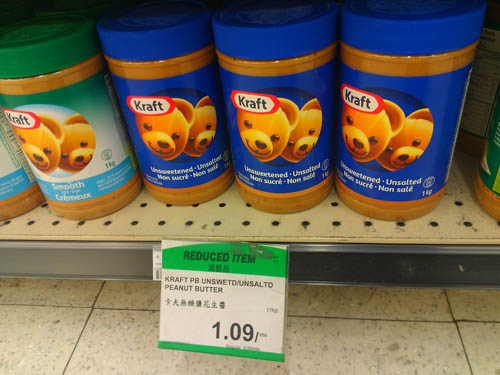 $1.09!!!!!!!??????? This store just threw a frugal financial dagger at me with this. I did check the expiry date and the best before date was October 28, 2014. So, they obviously wanted to dump it fast and it would have been very good for the sake of this challenge. Considering I paid $2.99 for my 750g jar that’s a huge difference in terms of food I could have gotten with the deals I have seen so far.

What this made me think of is how having a network of people who know where the deals are in different areas can save you a lot of money. At the same time, having people with similar eating tastes and habits can be a good way to save too. For example, at this store I saw you could buy two boxes of strawberries for $2.99. That is too much to justify for myself. But if I had a buddy in this challenge for example it would have been a pretty decent buy if we split it. 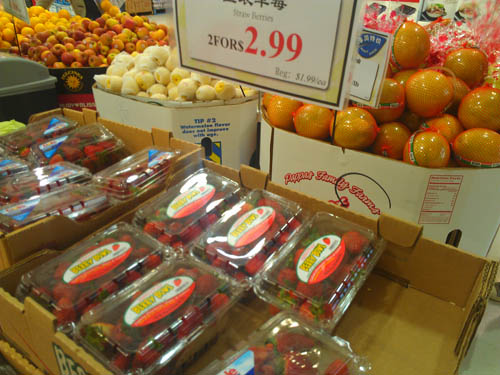 I found what seemed to be a decent deal for some rainbow trout. As you can see here, it was $1.99. For what you get it made getting the cans of sardines I bought seem like a bad value. Just shows more on how much you pay for convenience. 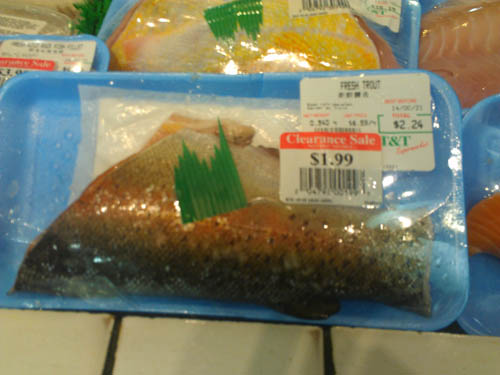 Ultimately, I did decide to buy it as it would last awhile. Because of this, I was going to return the single can of sardine I had left for sure as 94 cents seems way too expensive compared to options like this and the others I have seen. To make things easier, I had a family member tell me that they wanted to buy it off me since they usually pay more for it. So, that is 94 cents back in my pocket.

In getting back 94 cents and spending $1.99 that leaves me with $2.97. After today, food supply wise I don’t feel that I have to do anymore shopping until the 22nd as it is mainly the meat that will run out. The only thing that is completely gone so far is one can of sardine and one large package of kale. I may have to indulge on some items like the sesame seed to finish it by the end of this challenge. I don’t think I can completely finish the oats as there is a lot.

It was nice to be able to switch things up for dinner. Even though I don’t think I will need to buy anything more until Wednesday that doesn’t mean I still won’t keep an eye out for crazy deals though. You just never know what deals you could find.