There was definitely a lot of hype for this sales event this year and I was definitely watching it like a hawk. For the most part, the general conscious was that this sale was a bust where it had a ton of items that people simply didn’t want. For myself, I focused mainly on the Canadian sale and so that is what I will be writing about.

At first it seemed like the only real no-brainer deal was how if you bought a set of giftcards Amazon would give you a $5 credit coupon. Doesn’t exactly make the prime membership too exciting of course. The deals overall didn’t impress me too much as most of the sale prices seemed to have popped up before. So in many ways, the sales felt like they were recycled from previous sales. The only deal I actually bought for a friend where the price seemed ridiculous was this Blue Yeti USB microphone.  As you can see, normally it retails for about $179.99 where there was a 50% off sale which made it $89.99. 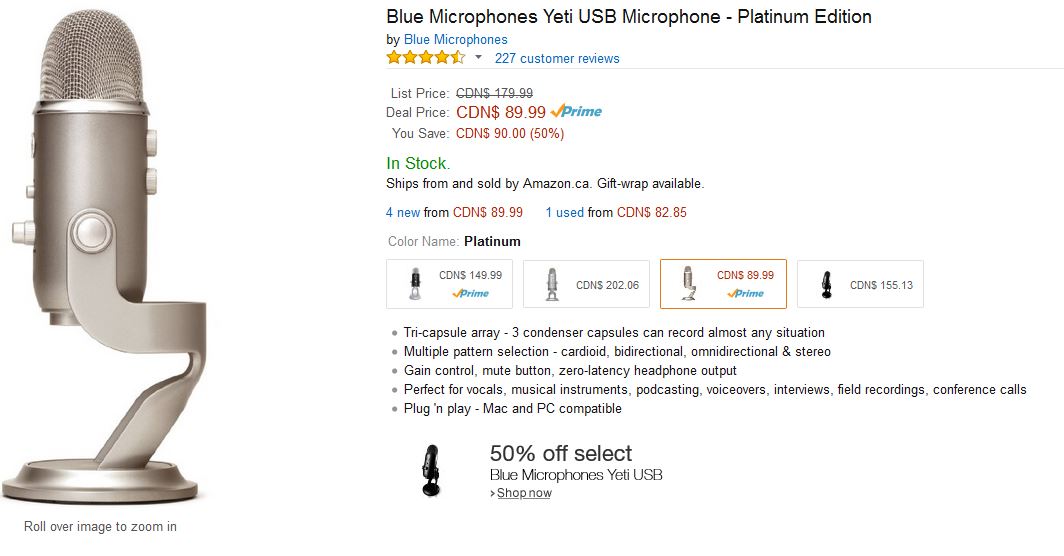 No too bad of a deal, but again it’s a price I have seen before. However, upon checking out it seemed that for whatever reason there was an even further discount of 50%. That made this microphone a stunning $45 which was an instant buy I felt. I was even of thinking of purchasing more. In some ways I feel this was a system error and I just got lucky. 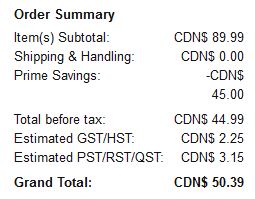 Other than that, the other sale items didn’t interest me too much and the prices were not mind-blowing. Towards the end, they seemed to have thrown out Samsung Galaxy S6 smartphones at a 40% discount rate making the phones $599.99. I almost think they threw these in last minute due to the bad public perception the sale was getting. 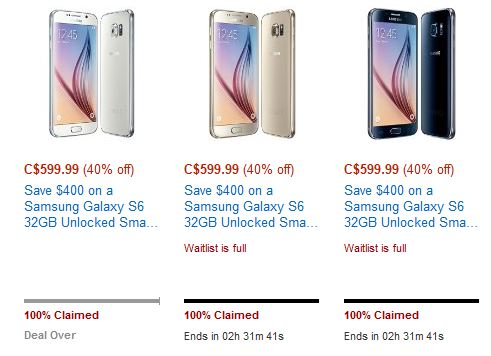 For me, I can confidently say it did not live up to the hype overall. It had “more” deals than a Black Friday per se but it didn’t seem like it necessarily had “better” deals. With that said though, I still got a killer deal and so I am happy as I wasn’t expecting to buy thousands of dollars in items. I don’t really have an incentive to keep the prime membership at the moment either as the Canadian membership doesn’t offer much. Did you end up buying anything during this sale?