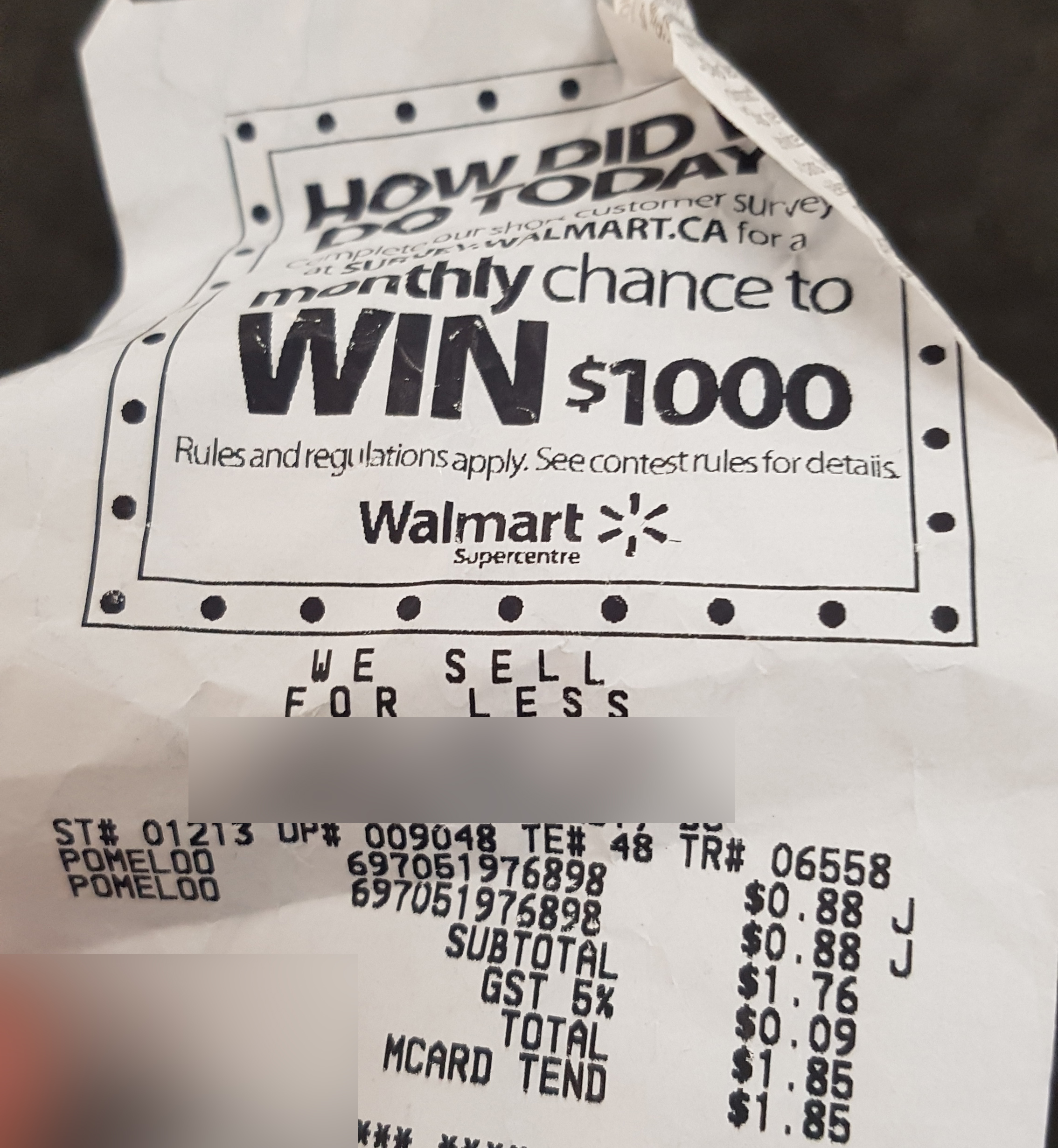 Was this a surprise as recently there was a Walmart store that opened here and so I thought I would look around. There was actually a fantastic deal on some pomelo where each of them were 88 cents. They normally cost about $1.60 to $2 each. So as I paid for the item I was surprised to see that they charged tax on the item. Normally things like fresh groceries should be tax exempt. While it was only a few cents I decided to look into it.

After speaking with the customer representative apparently they are aware of this issue with their machines and they proceeded to refund me the tax charge. I even mentioned how that was a pretty big problem as there are thousands of people who are being charged and are oblivious to it. The person didn’t seem too worried.

So I guess that is an alert for people to actually check their bills as I highly doubt people would even notice if they were buying a bunch of stuff too. I am just surprised Walmart Canada doesn’t fix the issue right away.