Like a lot of other people I decided to drop into a Target store here in Canada to see what kind of deals there were as a result of the liquidation. For the most part I didn’t expect much and indeed it was pretty underwhelming. That didn’t stop people from visiting the store as if it was Christmas shopping season though as the place was pretty busy: 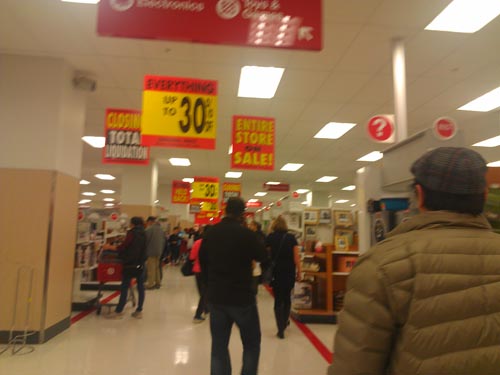 For the most part the store had signs everywhere indicating that you could save up to 30%. There were only two category of items I saw with a 30% off sign attached to it. Can you guess what those items were? 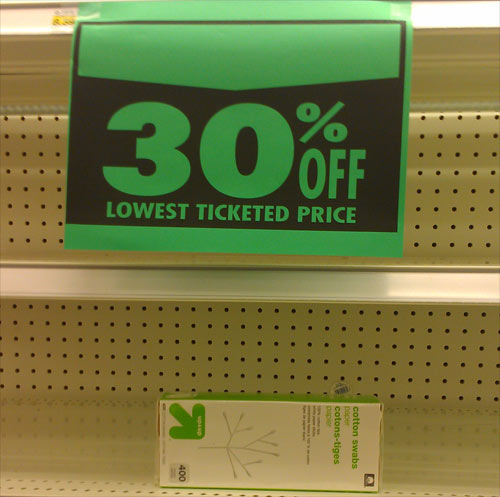 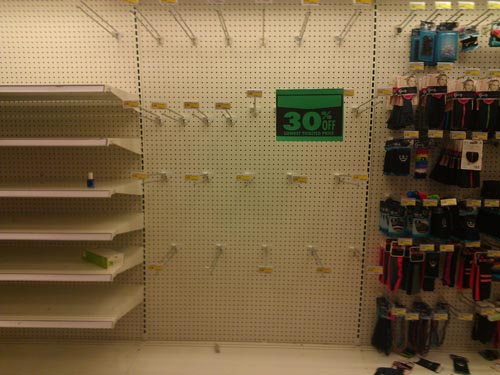 Yes, cotton swabs. Of all things, cotton swabs seemed to be the hot seller at 30% off a price tag that is normally $3.23. It looked like people were buying it for no reason other than there is a 30% off sign too. There was this one person who threw a bag into her cart and her friend questioned what those were for. She responded by saying she guesses she can use it to wipe things and since there were only a few left hanging she may as well grab more.

I think that was pretty much the mentality of most shoppers there today as all they know was that there was a sale which to them translated as they are losing out if they don’t buy something. Just as a funny example, I saw in the stationery section items like tape were 20% off. It appeared that $5.99 was the regular price. 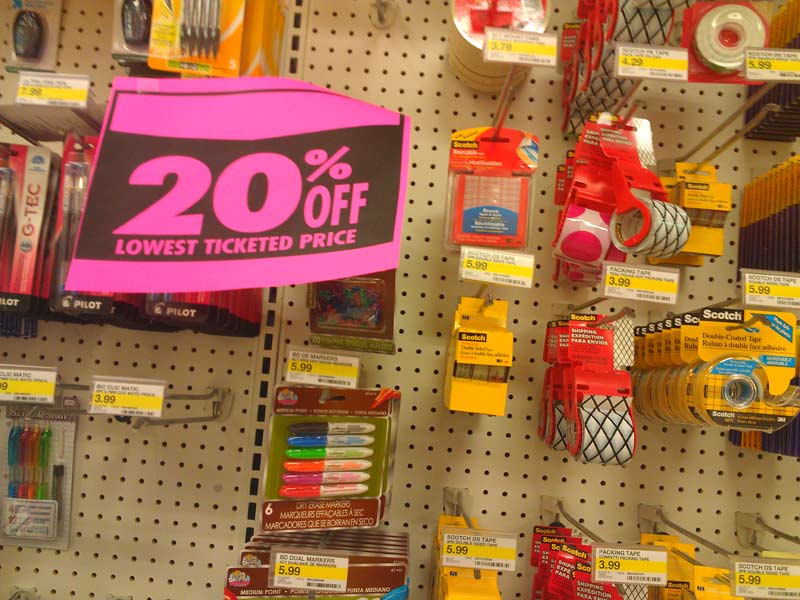 I then walked into a different store and the regular prices were more like $3.99 there. So even with the 20% discount it’s still pretty expensive. That’s what I noticed with most of the items personally which again kind of shows that the deals aren’t too good. It’s kind of telling too as this an example on why I didn’t shop too much there initially as people clamored how the store had competitive prices only for me to see things like this. 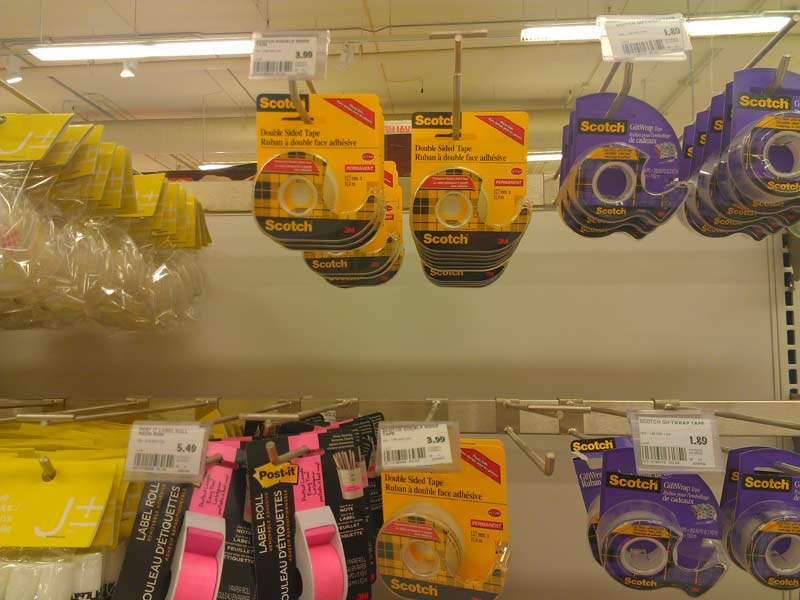 The only other 30% off items I saw were boots. Everything else I feel didn’t have a big enough discount to justify buying it now versus holding off for a better sale elsewhere. 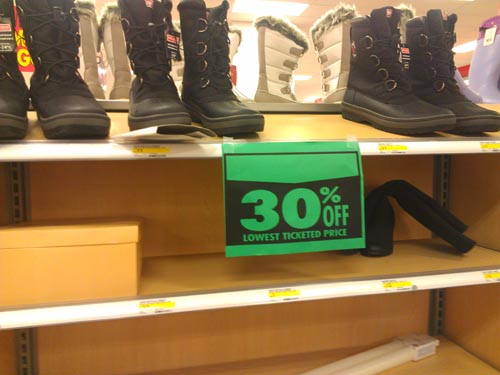 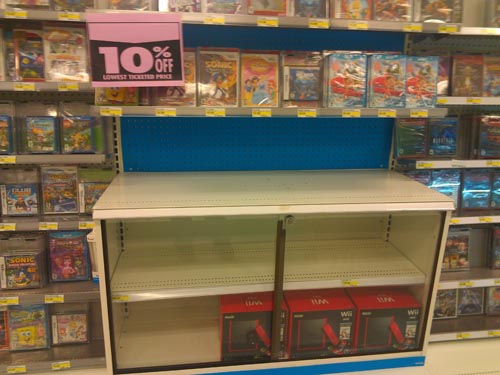 So if you are a bargain shopper there really isn’t much to be found on the first day as expected. Unless you were planning to buy like cotton swabs anyways today for example then it’s a bonus. Beware too as it’s an all sales final policy. So make sure that what you are buying is actually what you want or need. For myself, I will wait it out and simply see what is left after because for the most part you can get better deals elsewhere that is cheaper than these liquidation prices. 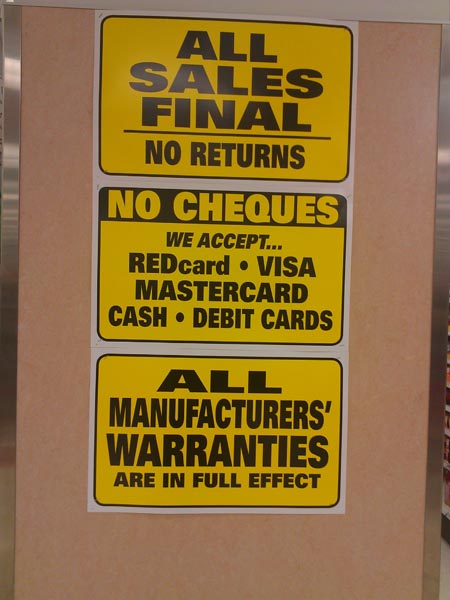