Not Giving Your Kids The Wealth You Earned In Life 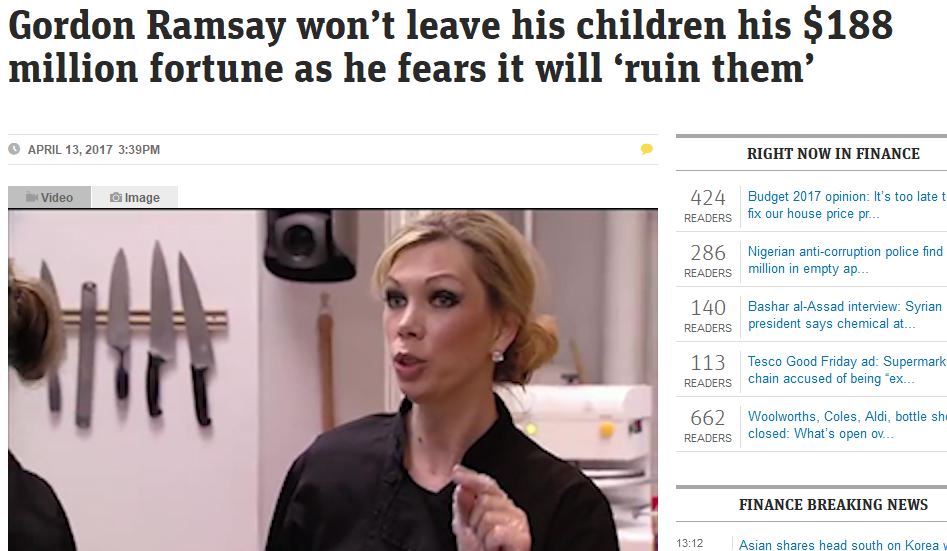 I was reading an article today that talked about how the famous chef Gordon Ramsay was expressing how when it comes to giving money to his children once he passes away none of them will be receiving any of it. The main point apparently was that he felt giving them all that money would ruin them. So therefore the kids have to live for the most part like most other people where they have to budget and earn money.

I was thinking how this seems more common when it comes to really wealthy people. For example, billionaires saying that they will give all their money to a charity of some sort as opposed to their own kids as they want them to earn it. While it makes sense, in many ways I keep thinking this is more psychological to force the kids to learn how to live without all the luxuries where in the end they will get some of the funds and will be prepared to handle it.

In that sense it wouldn’t be so bad. The flip-side is that people are saying he is a horrible and greedy person for doing such a thing. For me personally, from a financial literacy point of view I think it is a good idea to get kids to earn their own money while learning how to manage it. Otherwise by the time people get into the real world it’s simply a skillset that most people never develop as not even schools really teach it.

But as to not giving say your child anything at all once you pass away that is a little too much I think. Because if you are wealthy too in many ways I would think that as the parent you brought them up in a surrounding of wealth and luxury in many ways. Like with Ramsay isn’t his restaurants known for being high end and high priced? So even if they don’t care about the items they will probably at least always have the stigma and challenge of being the child of that wealthy person.