The Stigma Bias of A Cheap Price 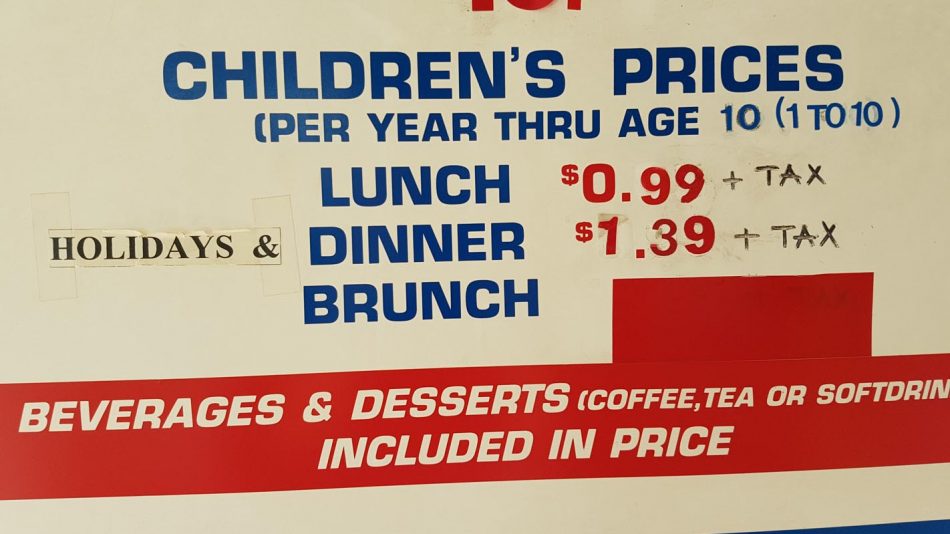 Often times when we see something for really cheap we assume that it must be junk right? So this was a funny example on how I showed my brother this picture of the cost to eat at a buffet for kids which was 99 cents. His first reaction was that he wouldn’t trust the place at that price. Afterwards I showed him that it was a place that he has eaten at many times before and afterwards he didn’t know what to say.

This is something we have to train ourselves huh? We are just taught so much that the more expensive something is the better it must be. It just isn’t true in so many cases where you can just end up paying more. Instead you should just focus on how the company is making a profit in general. In this case the explanation is pretty simply such as the adults still have to pay full price and odds are little kids can’t eat that much.

Don’t let the stigma of a cheap price mislead you into spending more than you have to I say. Of course companies would love that but your wallet usually won’t.