Different Ways To Reach The Top

I just had a conversation with some of my friends on how it seems that everyone knows at least one person who is in a management or executive position with certain companies who donâ€™t seem to be qualified at all to do the job which lead to profits and productivity being driven down for a company. Of course, stories of foul play came up on how some reached the top through questionable means or vice versa how some people had accomplished some very big goals to warrant it. The top three stories that I see and hear on how people reach the top is by one of the following:

1) Working hard and proving that you are the best â€“ 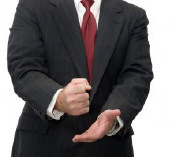 While it is the longest and hardest route to go with, in my opinion it is the most admirable way to make it to the top. This often requires a person with a very strong personality who constantly envisions what the end results will be and works diligently to achieve it. Another trait that I have noticed with people like this is that when it is time to step up and to get results, their personality and demeanor can often seem intimidating which many people are uncomfortable with. In many cases, that can also be a downfall as it can rub people the wrong way. Out of all of the people that I have met in my lifetime that would fall under this category though, most of them have turned out to be very genuine and trustworthy individuals who I wouldnâ€™t mind associating with. 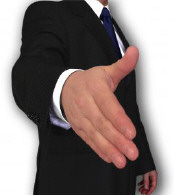 Being a smooth talker and taking advantage of every loophole that one can find is another route that I see people practice all the time. The most typical scenario that I would expect from this is a lot of backstabbing and manipulation from the person as he or she is willing to do almost anything regardless on how bad it could affect others. To the people in charge, they always seem to say the right things to the right people and produce the best results while in the background they constantly lie and spread rumors to get ahead. I guess a snake in a suit is another way of describing it. I suppose you can say that a person who chooses this route is just as deserving as anyone else as you have to be smart to be able to succeed with this path. Not only that, but the person must also have a strong character to not get emotionally flustered over integrity issues. One thing is for sure, I know I wouldnâ€™t trust them.

3) Riding on the coattails of a successful group or individual – 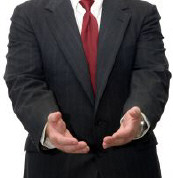 When you are a part of a successful group, naturally you will get a share in the spotlight. Often times, people simply look at data and numbers from a piece of paper to determine who would be the best candidate for a role. Once they find an ideal group and depending on the type of business, letâ€™s say a customer service oriented company, they would then try to narrow the search down by traits such as who seems to have the friendliest personality to them. I guess politics are kind of the same when you think about it. Many times this method can actually produce good leaders who would have otherwise been overlooked. Unfortunately for myself, Iâ€™ve seen more people who have moved up in a company this way only to be extremely clueless and ineffective in managing or leading a company. When a challenge arises, they would constantly scramble to find a quick fix solution or during tough times such as a conflict they would hide in the corner and hope that things fix itself. Basically, they are the first ones to come out cheering when things are well and the last ones to step up when it comes down to it. Theyâ€™re usually nice people too which is the unfortunate part.

Everything that I just wrote is obviously in a general sense of course as there are always exceptions to it or how some people have done a mix of everything to get to where they are. I guess it is obvious that I favor people who work hard and accomplish big goals to get to the top. Everyone has probably had different experiences, but for me people who have chosen this route have consistently been the best people to work with and have been the most successful as they have a wealth of knowledge and life experience. Even I never forget though that when it comes to making it to the top, many times itâ€™s not how much you know but rather who you know.