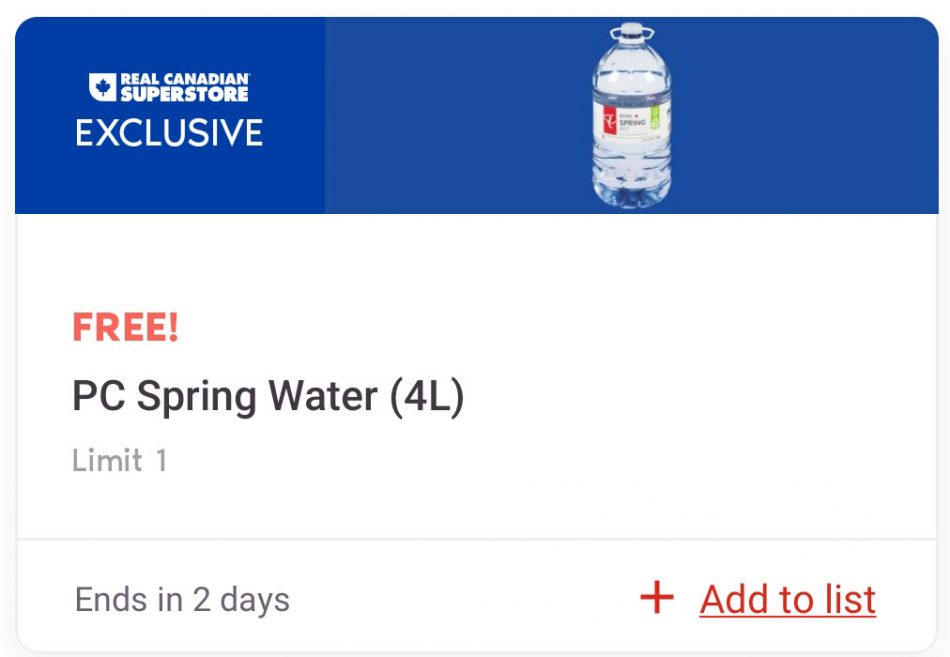 At first I thought this was an error or must have a huge catch of some sort as I opened my PC Points app to see if there were any new coupons and deals at the supermarket Real Canadian Superstore. As I did I saw this message on how you could get free 4litres worth of PC Spring Water. I assumed you had to buy something to get it but literally everything says you can just get it for free. I am still wondering what is the catch huh?

My only assumption from a business point of view is that maybe this is extremely cheap for them to giveaway where it could actually cost virtually the same as rewarding people with reward points. As well, having people go in the store for free stuff could also increase the chances that they will buy other stuff as well to make up the cost easily. Just like a restaurant giving away free water I suppose.

There are even apps that literally giveaway money just to get people to download and use it as well for perspective in terms of a marketing budget in literally giving away free stuff. It’s still rare to see though and I guess anyone that shops at that store can take advantage of this.