Getting Less Product From Some Dollar Store Items
Financial Management

Getting Less Product From Some Dollar Store Items 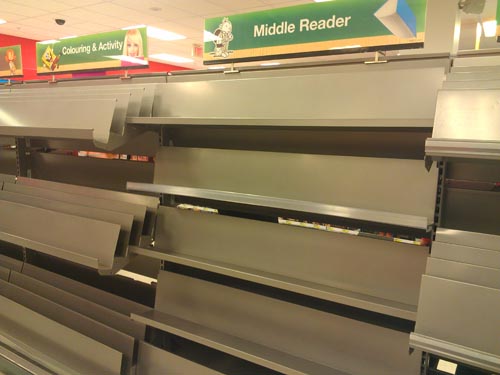 I was reading various articles today that talked about how many people who say they shop at dollar stores because they have to be frugal may actually be spending more. I know one way that many of them make is by purchasing clearance items which they then resell. I still remember one store where when Target Canada closed its operations and sold everything some local dollar stores here actually had Target store labelled soup on the shelves for sale.

But the one thing I was reading which is interesting to think about is how a lot of the products where you think you are getting the exact same thing versus other stores is actually smaller. For example, imagine seeing a box of cereal for one price at a bigger store and it being cheaper at the dollar store. Apparently in many cases people just assume it’s the same quantity when in reality you are getting less product. Everything is labelled correctly too so there is nothing deceiving about it.

Apparently though most people just don’t bother to read the labels as they just look at the product and packaging which they then assume it’s the same thing as other places since it looks so similar. At the same time, that is what the target audience does they say where value is more about how many items can you walk out with versus calculating the actual value on how much you are getting compared to everywhere else.

But if you are shopping at these places specifically thinking you are saving more than say a bigger retail store you may want to start crunching the numbers to see if that is indeed true.