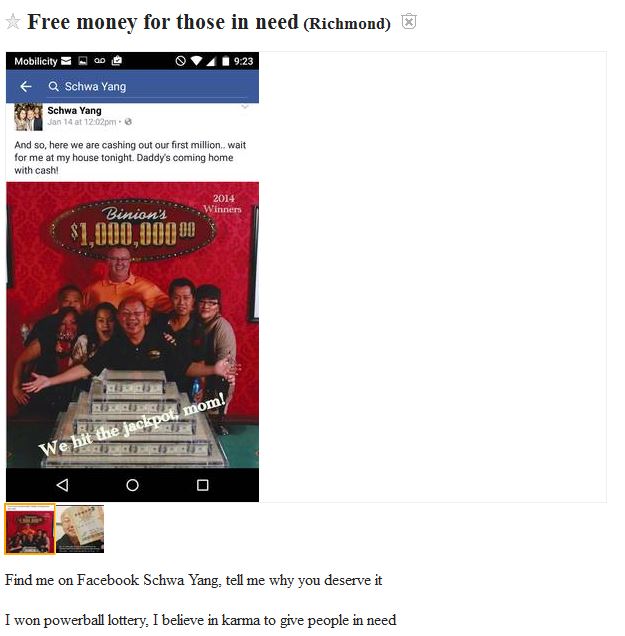 This was a very odd posting I saw where I knew it had to be fake from the start. It started out on a craigslist post apparently where someone posted an anonymous message claiming to be a person under the name “Schwa Yang” alleged that they won the Powerball lottery and was going to give it away to people in need. All you apparently had to do was find the person on Facebook and message him reasons as to why you deserve the money. 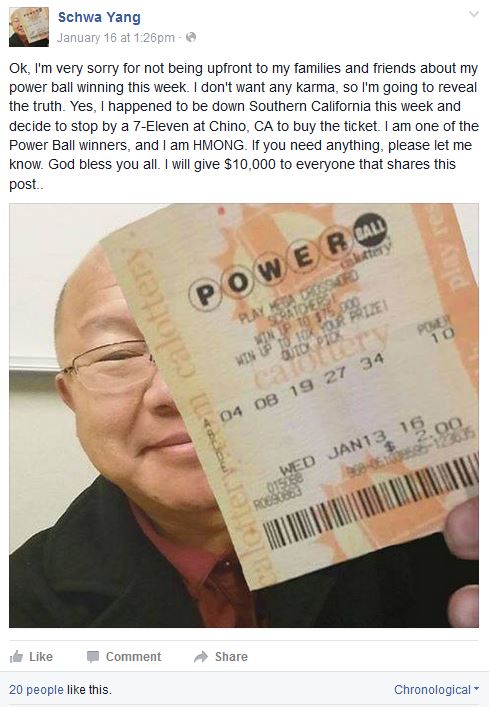 I mean to me this should be screaming from miles away as some kind of hoax. Despite this, the unfortunate thing is that a lot of people got played by this it seems judging by the comments. As you can see, a ton of people started sharing their stories as to why they deserve some free money which ranged from people suffering from health issues to needing to pay the rent. 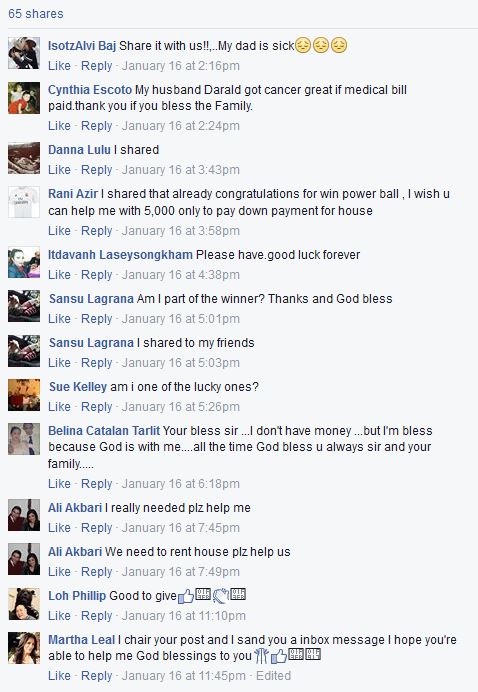 Of course, there seemed to be some people who actually knew the person behind the prank and attempted to warn people. As well, people trying to generally warn others. 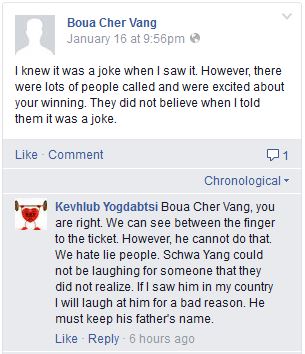 This actually made me think of two things. The first thing was how easy it is for people to get suckered with the simple suggestive idea that they can get a lot of money for free. I wouldn’t be surprised here where if the person asked for personal identification for the promise of tens of thousands of dollars that people would give it up without thinking twice. In that sense, always be vigilant about anyone claiming to be giving away that much money.

This situation also made me think of how if it was a legitimate lottery winner it’s a good visual of how everyone starts coming out of the woodwork and being extremely nice to one in a way knowing that they can possibly get some money.

Generally speaking, in situations like this you should be extra diligent in verifying if the person is actually real.