Well this was a funny scenario where a soccer player named Cristiano Ronaldo was having a press conference and it seems like he had the option to drink some coca cola or a bottle of water. As evident, he decided to go with the water as he moved the sodas out of the way. This created so much conversation on how he just dropped the value of the company due to his actions.

Whether or not that is true the stock did take dip. But business wise it kind of shows how much of an effect just one simply action can have for a company’s product. And you wonder why companies pay people thousands to consume their products at events like these when the world is watching huh? 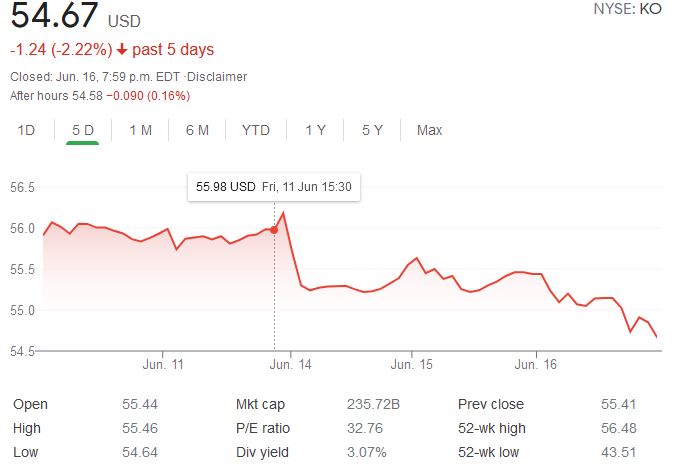 You could argue it gave the company free advertising too where its fans will use this as an opportunity to say how they love it and that everyone should drink it.